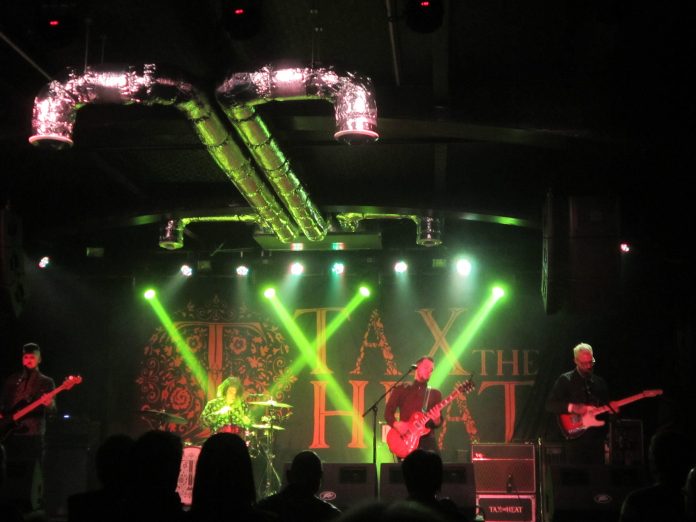 It does, in fairness, bring a whole new meaning to the phrase “warm up act”, but it’s so cold when The Dust Coda take to the stage at Queens Hall that singer John Drake has his big coat on. To be fair, though, it gets a touch less frosty when he starts “The More It Fades”, a fine slice of bluesy rock n roll that rather sums them up. Their debut album came out last year, but they’re already working on a follow up. Playing a few new ones tonight, “They Don’t Know Rock N Roll” perhaps being the pick, and these boys surely do. “Save Me” locks into a fine groove, with its rapid fire drums from Tommy Ho, and “Down In The Valley” has a real dirty sounding guitar solo. Drake – with his coat now off – stretches his vocal chords on the soaring ballad “Nobody Now” with its flavour of Robert Plant. “Sun Goes Down” has a real meandering, interesting journey, which suggests TDC might head off in some more directions as they develop, likewise “Will I Ever See You Again” brings just a hint of soul with it. The Dust Coda might well be a band who delivers on the already huge promise of their debut. 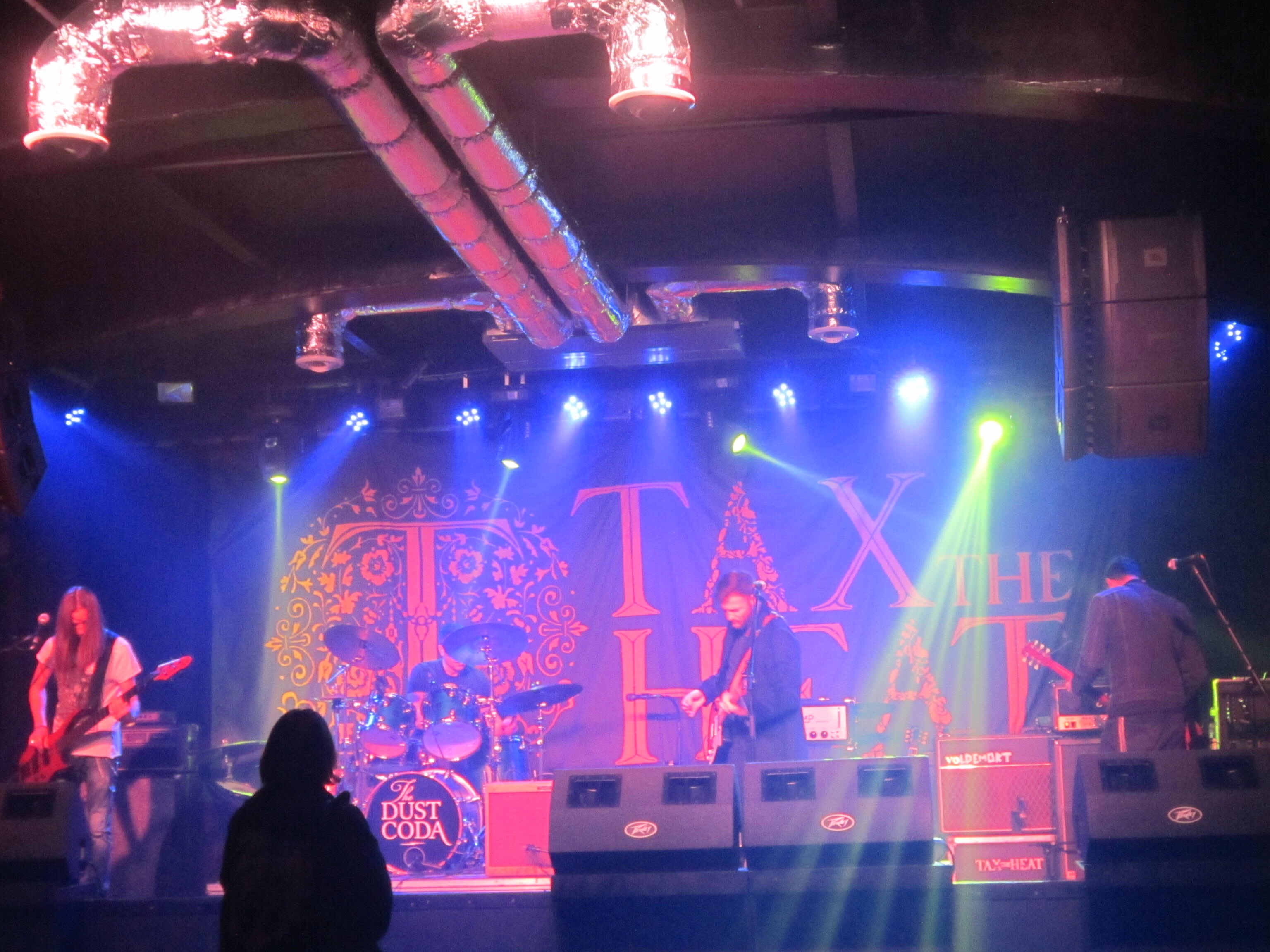 Let’s be honest about this, when Alex Veale asks the crowd: “who’s gonna buy our new album tonight?” He didn’t want silence. That’s what he gets.

The Tax The Heat singer, though, merely smiles, says: “well I’ll ring my mum to tell her I’m a millionaire” and carries on with the set.

Nothing exemplifies TTH’s workmanlike approach to their rock n roll, better than that.

Tax The Heat have long been one of the absolute hardest working bands around. This show was as Veale explains – only added on late because they just couldn’t have a Friday night off on the tour.

Their hour long set is heavy on new stuff from the aforementioned record – “Change Your Position” – released in the spring. Last time I saw the band stuff like “All That Medicine” was new and fresh, now so well done is it, that they’ve fitted In seamlessly.

What “….Position” did do was move the band into new realms. Songs like “My Headapace” which absolutely crackles and “We Are Consumers” sound nothing like the tracks off the debut, but like the ones which were, “Standing On The Platform To Leave” or “Highway Home” for example, they belong entirely to this band.

“Cut Your Chains” – with its interesting harmonies and the band stretching – is a highlight, “Animals” likewise, but it’s “The Symphony Has Begun” that shows their new chapter has so much to offer.

As they do, Veale waves and says they’ll be back in 2019. Of course they will. Tax The Heat know no other way. I’ve seen the band many, many times over the years and this is the best I’ve seen them. Hopefully the next year can be the one they deserve.