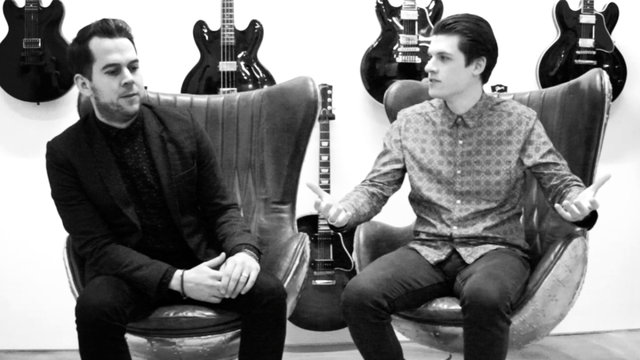 And here they tell you why

Bristol’s classic rockers with a modern roll, Tax The Heat, are set to release of their full length Nuclear Blast Entertainment debut, Fed To The Lions on April 8th. It’s evident when listening to the band’s catchy new offering that the album was recorded live so we asked frontman Alex Veale and drummer Jack Taylor to explain why they opted to do this in a world spoilt by technology, when surely having the ability to record the parts and mix the album without that pressure of playing live would have been the easier option? Watch what they had to say, here:

Fed To the Lions perfectly illustrates why there is so much excitement at the release of this album. Previous singles ‘Some Sympathy’, ‘Highway Home’ and ‘Fed To The Lions’ sit alongside future classics such as‘Caroline’, ‘Animals’ and ‘Stood On the Platform To Leave’. The driving rhythms of Jack Taylor (Drums) and Antonio Angotti (Bass) are overlaid with the powerful riffs of JP Jacyshyn (Guitars) and the distinctive melodies of Alex Veale (Vocals, Guitars).

The band announced a London headline album launch show in April last week. This show is in addition to being confirmed on the bill For Ramblin’ Man Fair 2016, Steelhouse Festival and a support slot to Reef. More dates to follow…