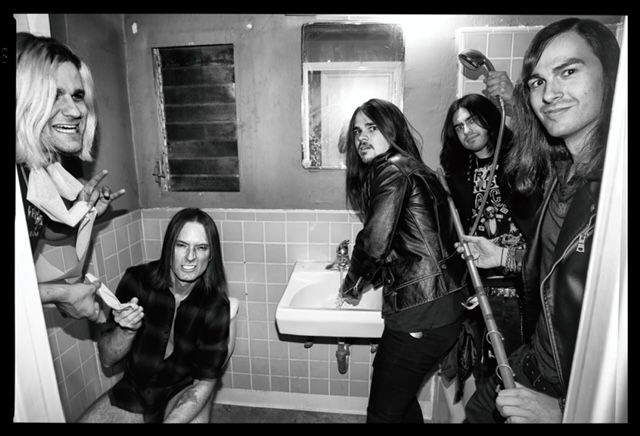 Los Angeles-based quintet, BUDDERSIDE share their brand new single and lyric video “Ghostlighting” which is released worldwide on October 15th. The full music video for “Ghostlighting” will be released on October 29th, just in time for Halloween! The track, which was produced by Matt Good (Asking Alexandria, Hollywood Undead, Butcher Babies), marks the second new track from their upcoming yet-to-be-titled third album due in 2022 via oneRPM. Watch the “Ghostlighting” lyric video via YouTube https://youtu.be/rw-zFI7AVxo. Download/stream “Ghostlighting” at this link: https://onerpm.link/Ghostlighting

Vocalist Patrick Stone shares: “”Ghostlighting”- Facing who we really are can be terrifying. It’s very important to see the person in the mirror for who they really are. You can run, but you can’t hide from yourself.”

Signed to Motörhead Music personally by its founder, the late Motörhead front man Lemmy Kilmister, who previously employed BUDDERSIDE front man Patrick Alan Stone as a roadie, the band released their self-titled debut album in 2016 and hit the ground running appearing on tours alongside Motörhead, Slayer, Anthrax and L.A. Guns as well as being featured on international festivals including Wacken Open Air, Motörboat, Malmö Festival and the Monsters Of Rock cruise.