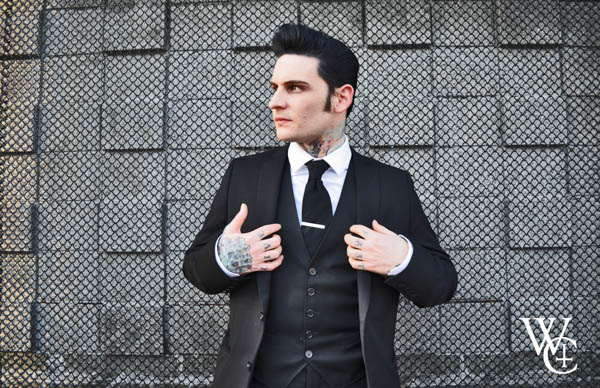 Goth rocker on the road later this month

Electronic goth rocker William Control has announced a UK tour for later this month. The front man of post-hardcore outfit Aiden, William Francis, is set to play a number of dates in the UK, centring around Whitby Goth Festival.

Fresh from their headline tour with 48Hours, Ashestoangels will be providing main support. It’s going to be an amazing tour, showcasing the best in synth goth rock.

The Punishment Tour has 6 shows, as well as 2 dates at Whitby Goth Weekend with Ashestoangels playing the festival on Thursday 23rd April and William Control playing Sunday 26th April.

William Control has this to say:
I am truly excited to get back to England for the second installment of the Punishment tour. We had so much fun last time we just had to do it twice. See you all in a city near you!

Crilly, Ashestoangels adds:
Getting out on the road with William is always a good time, we’ve been working non stop since The Punishment Tour pt 1, so we can’t wait to show all those WC fans what we can do! Also it’s been a few years since our Whitby debut so we are totally ready to remind them how we do it! It’s an exciting time for UK music and we are just excited to be out on the road doing what we love best.