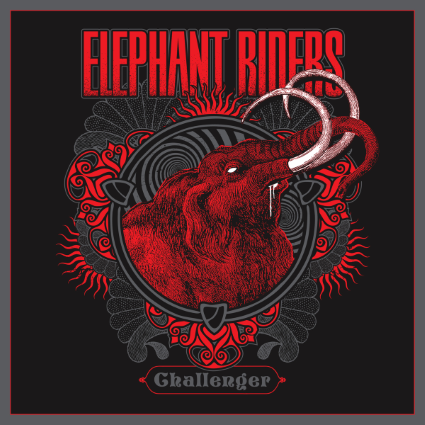 Elephant Riders is a Spanish band consisting of three guys playing some powerful, groovy and swaggering stoner-rock with riffs as big as the mammal they’re named after. They formed in 2011 in the sunny city of Malaga as a trio consisting of vocalist/guitarist José Carlos González, bassist Ignacio Córdoba and drummer Antonio Correa.
The band’s first release was 2014’s debut full-length album “Supernova”, recorded and mixed by Raúl Parra at Fusible Studio and released by Paralysis Records.
Soon after the recordings of “Supernova”, Correa parted ways with the band and was replaced by Greek drummer Dimitris Aggelidis.
Now in 2015, the Spanish riders are set to reissue their debut album along with a new maxi-single featuring two new songs “Challenger” and “Lone Wolf”.
Insanely catchy, fuzzy and filled with big, fat and groovy riffs, this release is a must-have for any self-confessed fan of bands like Kyuss, Monster Magnet and Corrosion of Conformity.