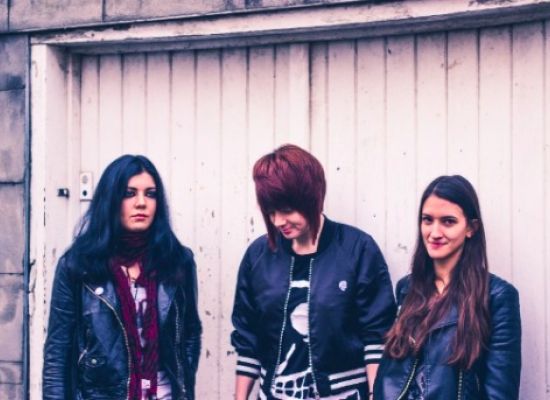 It is preceded by ‘Lemons’, the first single from the EP, which is out now. ‘Lemons’ is a perfectly formed slice of raw power. A punchy bassline descends into a chaotic chorus, with driving guitars and feisty
vocals creating a hook drenched in attitude.
.Pure Joy Of Life is another onslaught of infectious punk rock, following on from their debut EP Vanity Loves Me, which was released last year to rave reviews. A riotous combination of gritty basslines and poppy vocal harmonies, the EP channels the spirit of punk swagger into an irresistible party-punk sound.

Vanity Loves Me saw the band explode onto the scene and gain support from the likes of Kerrang!, Planet Rock and BBC Introducing.

Having built up a loyal fan base playing to packed out venues in their hometown of Bristol, the band have been making a name for themselves on the live circuit touring relentlessly across the UK.

With no sign of slowing up, they will be heading out to support The Men That Will Not Be Blamed For Nothing on their UK tour in March, before heading out to play a run of headline shows in Europe in April.

*Supporting The Men Who Will Not Be Blamed For Nothing