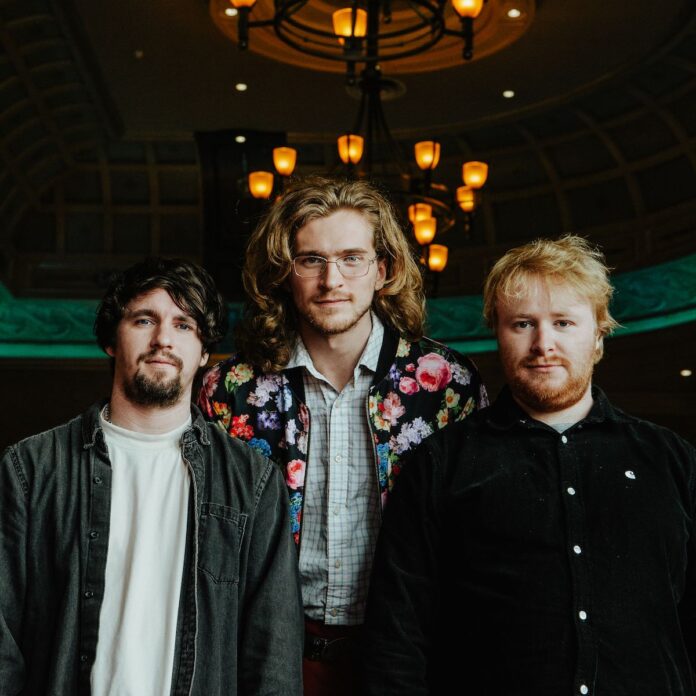 Commenting on the song, singer and guitarist Dylan Bradley says: “I wrote this song as the second of two songs detailing a fictional breakup from two different perspectives. The first song didn’t make the final cut but Superhero certainly did, and I’m very glad of that as it’s one of my personal favourite tracks of ours.”

PARKER were born out of the frustrations of the pandemic in 2020. After returning from a tour cut short due to COVID, singer and guitarist Dylan Bradley began writing and recording material in his bedroom with the aim of starting a new band.

Once the songs started to come together, Bradley began working on them with drummer Michael Brown, the two of whom had been playing in punk bands together since 2012. Not long after, former tour buddy and long time friend Eoghan Donegan signed up on bass, and the band spent the early part of 2021 rehearsing their songs in preparation for their debut live outing that September.

Since then, displaying a Trojan work ethic in the time-honoured tradition of Proper Rock Bands, the band have played relentlessly across Ireland and the UK, supporting the likes of New Pagans, WONK UNIT, Cherym, The Last Mile, and Fighting With Wire.

In January 2022 the band entered the studio to begin recording their debut album with producer Cahir O’Doherty and engineer Allan McGreevy (New Pagans, The Rupture Dogs), with early singles ‘Problems’ and ‘Never Miss’ picking up a raft of support both at home and abroad from The Sunday Life, Across The Line, BBC Radio Ulster / BBC Radio Foyle, Chord Blossom, Ireland Live and more.

They also caught the ears of alternative tastemakers at Bring The Noise UK, Punktuation Magazine, The Punk Site, Maximum Volume, The AU Review, Chordblossom, Dig With It and Scene Point Blank.

Previous article
THE BLACKMORE SEA
Next article
GET OVER IT