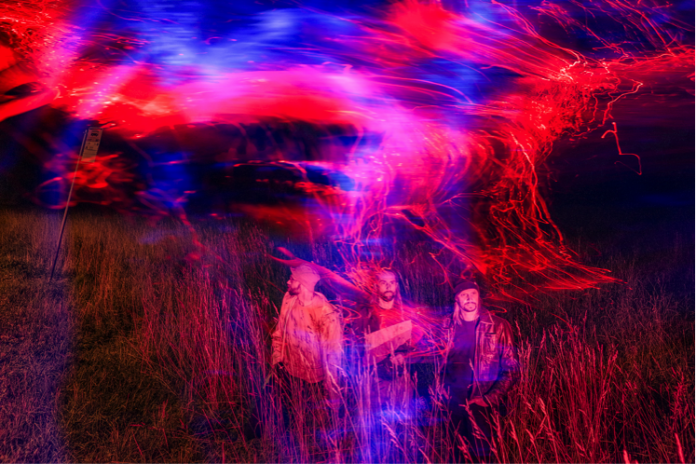 Finland’s legendary Von Hertzen Brothers’ return with a new album “Red Alert in the Blue Forest” in March 2022, their first release since 2017.  Released today, the first single, “All of a Sudden, You’re Gone”, is a 7-minute opus which soars from gentle acoustic ballad to dramatic orchestral finale. Setting the tone for the whole album, the single is vast in its scope, both musically and lyrically, and features an epic, mystical compendium storyline video shot in Finland over winter HERE

Kie Von Hertzen says, “We shot the video in Virkkala, a one-hour-ride west from Helsinki, in this old chalk factory, which was shut down in the mid 90´s. Shot in December 2021 over five days with only 5 hours of daylight per day, temperatures of -15c and no electricity at the location.

I totally fell in love with the place; its deteriorated character with countless intriguing spaces, wind howling through its rusty corrugated iron roof sheets, its enormous proportions and this weird sadness lingering over its abandoned soul. It instantly communicated withthe melancholy of the song an also gave a robust contrast to the song’s soft sensitivity.”

“Red Alert in the Blue Forest” is a stunning album. The sounds, rhythms and melodies of the album reflect the brothers’ unique upbringing – both musically and personally. Weaving in the mysticism of Finnish folklore and the countryside they grew up immersed in, the album track “Northern Lights” actually features distinct and rarely heard sounds of the Aurora Borealis as captured by Professor Unto K. Laine (https://www.eurekalert.org/news-releases/847977) Musically hard to categorise, drawing on elements of rock, folk, progressive and pop, “Red Alert in the Blue Forest” is an album that is dazzling in its scope.

Album pre-order is available now.There are a number of bundles and options – including a strictly limited, not reprinted, double vinyl album edition printed in red and blue with gatefold sleeve and a digipack CD.
Pre-order bundles are available to seeHERE

An accomplished live act, the band have performed in 22 countries. The artists they have played with – including the likes of Foo Fighters, Neil Young and Biffy Clyro – hints at the breadth and depth of their music. The band have just announced a headline tour in Finland with European dates to be announced soon.

The Finnish tour dates in early 2022 are as follows

The father of the brothers, Hasse von Hertzen, played guitar in an early sixties band called The Savages, and later in The Roosters. Their uncle Lasse von Hertzen was a member of a well-known 1970s folk band in Scandinavia, Cumulus.  So, the brothers grew up steeped in the rich musical traditions of their homeland mixed with an upbringing that saw them in and around nature (one of Kie’s godfathers was an early Finnish environmentalist pioneer). This has led to their wonderful, unique world and musical vision.

Initially playing in separate bands, the brothers came together in 2000. Since forming the band they have become one of the most important and influential rock acts in their homeland, and one of the few acts to have successfully crossed into other markets in Europe and beyond. “Red Alert in the Blue Forest” is the band’s first album since 2017’s critically acclaimed “War Is Over” and the band’s eighth overall (including three No 1 albums in Finland). The band released a Greatest Hits in 2012.  “Red Alert in the Blue Forest” is an album that will see them spread their musical vision to a wider audience.

“Red Alert in the Blue Forest” will be released through Doing Being Music on the 18thMarch 2022.