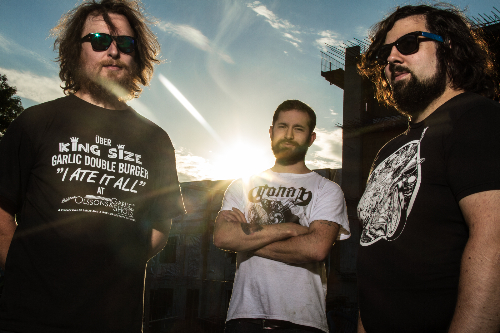 STUBB; the heavy rocking London-based power-trio are taking to the stage this October for what promises to be an impressive outing of blistering live performances.

Following the recent release of their split LP The Theory Of Light And Matter with USA rockers Mos Generator (HeviSike Records), and a blinding cover of Jimi Hendrix’s ‘Little Wing’ for The Greatest Hits Of James Marshall Hendrix on Magnetic Eye Records, the band are rehearsing their back catalogue and prepping new material before entering into the studio early next year to record their highly anticipated, third full length album for Ripple Music.

With these lives dates the band also kick off a new and exciting chapter in Stubb’s story with the arrival of Tom Hobson, who joins forces with Jack Dickinson (Guitar, Vocals) and Tom Fyfe (Drums) as the band’s new bass player, after the recent departure of Peter Holland.