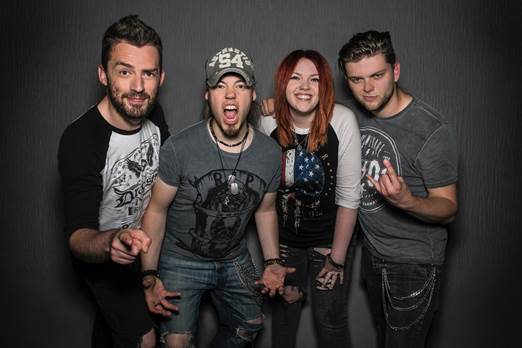 STONE BROKEN, having just returned from a successful tour across the USA with Fozzy and Adeliata’s Way, are pleased to announce THOSE DAMN CROWS as special guests on their forthcoming UK headline tour in February 2019.

The band continue to ride the wave of current album ‘Ain’t Always Easy’ which has seen them tour the UK, Europe and just return home from the aforementioned 28 date tour of the USA, which also included their first headline and US festival performances. Their single ‘Worth Fighting For’ charted in the top 50 US rock airplay chart as well as receiving fantastic support from SiriusXM Octane with over 169 spins during the tour period. The band’s never say die attitude engaged with fans and media at every level resulting in a huge uplift to their Youtube video plays adding over 1 million additional views.

The complete itinerary is as follows: –