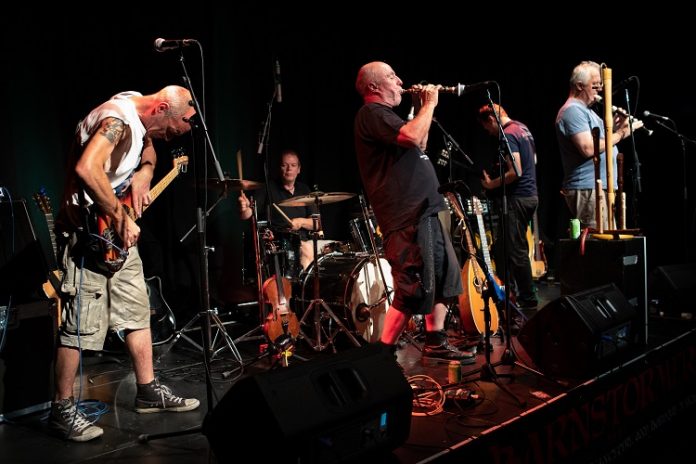 History comes alive in the latest album by punk poet and musician Attila The Stockbroker.

On Restoration Tragedy, he and his band Barnstormer 1649 chart the events around the escape of King Charles II following his defeat at the Civil War Battle of Worcester, from a Roundhead point of view, as well as contemporary radical sects, the Levellers, Diggers and Ranters.

“Growing up and living in Southwick, the port town of Shoreham Harbour in West Sussex, I’ve spent my life next door to the site of a pivotal moment in English history,” he explains. “After his defeat at the Battle of Worcester in 1651, Charles II travelled south in disguise, chased by the New Model Army, and ended up at Shoreham Port, sneaking off to France in a coal boat called Surprise from a spot 400 yards from where our house now stands. I’ve always been interested in the history of the English Civil War and its aftermath and like many locals, been aware of the story. Completely coincidentally, I’ve always loved early music, have taught myself to play many ancient instruments and believed those simple sounds could be harnessed to the energy of punk in the same kind of way that The Pogues combined Irish music and punk.”

Recorded over the past year, the five-piece band recorded Restoration Tragedy on a range of archaic instruments such as crumhorn, cornamuse, shawm and five different recorders alongside the regular punk accoutrements of bass, drums and guitar

A performance poet and musician since 1980, Attila he has done over 3,000 gigs in 24 countries, including pioneering performances in East Germany and Albania, and published eight poetry collections and more than 20 albums. His acclaimed autobiography Arguments Yard (35 years of Ranting Verse and Thrash Mandola) was published by Cherry Red Books in 2015.

Restoration Tragedy is available on double gatefold vinyl and single CD from www.attilathestockbroker.com and from gigs. You can catch Attila live at…

Previous article
SOEN WHAT
Next article
SMELL THE NEW ROSES