STEVE AND HANNAH IN THE HOUSE 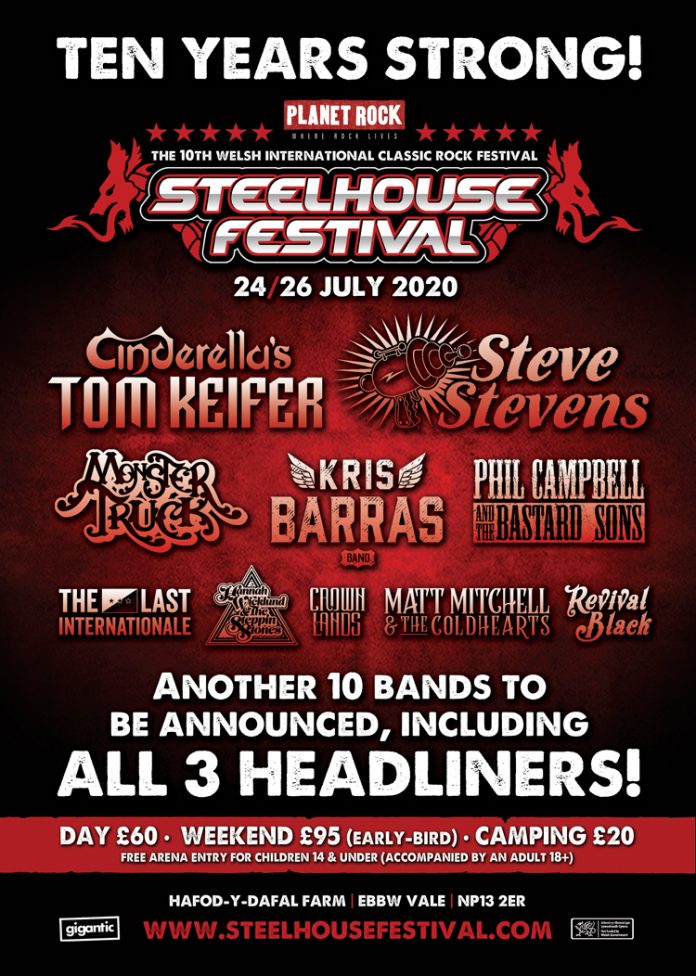 Steelhouse Festival announces that Steve Stevens, The Last Internationale, Hannah Wicklund & The Steppin’ Stones and Matt Mitchell & The Coldhearts will all be joining the bill in 2020.  Next year Steelhouse Festival turns 10! Running from the 24th-26th of July 2020, the Welsh international classic rock festival celebrates a decade of decibels on top of its now infamous mountain top location in South Wales.

A Grammy-winning bona fide Guitar Legend for his work on the title track for the ‘Top Gun’ movie, songwriter and composer Steve Stevens is one of the most innovative guitarists that emerged from 80s rock scene.  Steve Stevens will be playing all those timeless Billy Idol classics that he played on (‘Rebel Yell’, ‘White Wedding’ and more), plus huge songs like ‘Dirty Diana’ with Michael Jackson, as well as material from his work with Deadland Ritual and Atomic Playboys. His band at Steelhouse will feature Franky Perez – who also sings in Deadland Ritual – Whitesnake’s Uriah Duffy on bass, and Mike Bennett (Richie Kotzen) on drums!

Promoters Mikey Evans and Max Rhead said, “It’s really pleasing to be able to hook in some lesser spotted legendary names on to the line-up. Steve Stevens is one such example. The biggest stars in the world have had his number on speed dial. His playing has been at the centre of some truly global songs. We look forward to hearing his body of work at Steelhouse 2020“.

“We love a great voice. Quality pipes are a must for any Steelhouse bill and this set of announcements is stacked with singers who bring power, tone and emotion in spades. Steven Stevens will have his Deadland Ritual cohort, and Franky Perez singing the hits. Anyone who saw The Last Internationale out on tour recently with both The Cult and Rival Sons will attest to the astonishing soul-baring capabilities of front woman, Delila Paz. Hannah Wicklund is one of the most exciting prospects out there and Matt Mitchell is the premium example of the modern British classic rock singer'”.

Previous article
REVIEW: THE GLORIOUS SONS – A WAR ON EVERYTHING (2019)
Next article
BAND OF THE DAY: PHANTOM ELITE