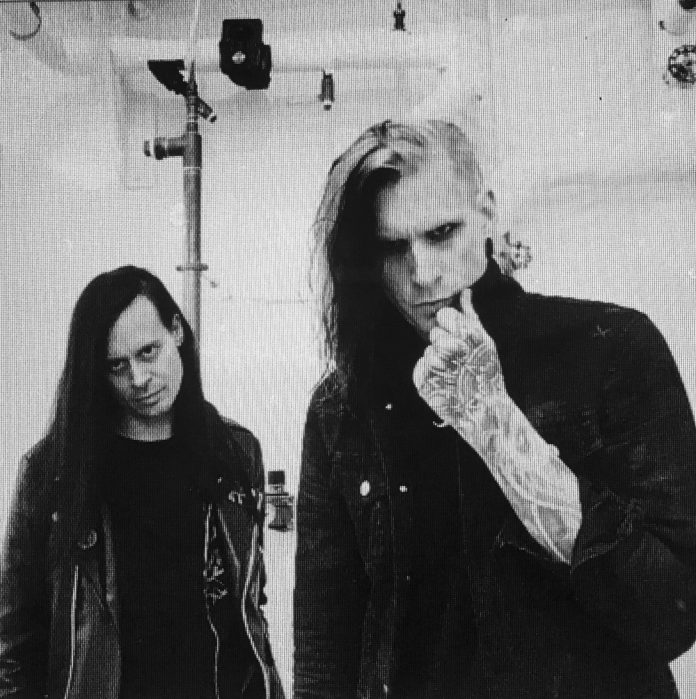 May 31, 2019
Reading time: 2 min.
Facebook
Twitter
Pinterest
WhatsApp
Linkedin
Email
Print
Telegram
Copy URL
By Andy Thorley
Statiqbloom is the brainchild of German-born but Brooklyn, New York based musician Fade Kainer, who is also known for his work in Theologian and the metal band Tombs. Kainer began Statiqbloom in 2012 and released a debut EP the following year entitled ‘Mask Visions Poison’, which was hailed as a return to old school industrial electronics a la Skinny Puppy and Front 242 and saw him acknowledged as a refreshing new presence on the scene. A split EP and a pair of limited cassette only titles followed before Kainer enlisted producer Denman C Anderson (known for his dark electronic project Semita Serpens) to join him in Statiqbloom. Together they released the 2017 album ‘Blue Moon Blood’ and 2018 six track EP ‘Infinite Spectre’.
The duo have recently signed to Metropolis and are now ready to unveil a brand new album
entitled ‘Asphyxia’. Uncompromising, layered and brilliant, it draws further on the grittiness of early 80’s industrial music and EBM, combining hard beats and haunting electronics with disorienting vocals to create harsh yet pulsating music that weaves a dark, hallucinogenic path of intricate and bleak electronics.
The track ‘Possession’ has been made available for streaming prior to the release of the album.It has been described by the US publication Revolver as “Eerily hypnotic, the song’s slow-building terror sets in when the steady backbeat sneaks in just before the harsh vocals, evoking ‘Twitch’ and ‘Land Of Rape And Honey’ era Ministry vibes with modern production sensibility. Measured pacing builds a sense of dread amid the deeply layered synth and sampled elements, giving the feeling of being tangled up in a mechanical nightmare but one you can’t help but enjoy.”
ASPHYXIA
TRACKLISTING
1  Ceaseless
2  Until Oblivion
3  Possession
4  Painted Red
5  Eight Hearts Eight Spikes
6  Silver Face
7  Figure Behind The Door
8  No Providence
9  Descent
STATIQBLOOM
Fade Kainer – words, voice, electronics
Denman C Anderson – electronics, backing voice
statiqbloom.com
statiqbloom.bandcamp.com
Previous article
GEDDY’S BASS LINES
Next article
BAND OF THE DAY: THE SWEET THINGS