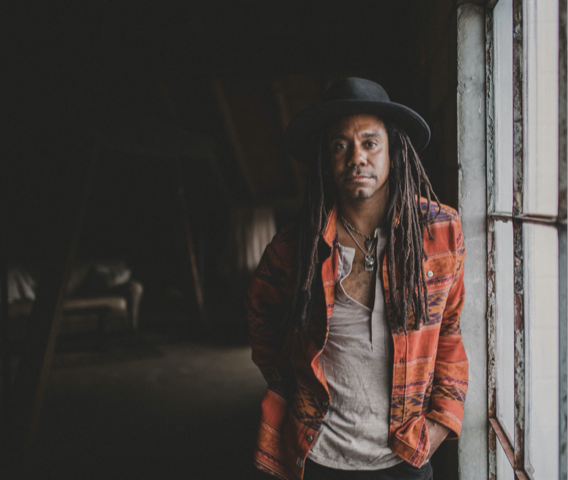 The song, which is about identity and feeling comfortable in one’s own skin, centres around the thought-provoking sentence: “They tried to bury us, but they didn’t know we were seeds.” Says Taylor of the song: “In the beginning stages of the pandemic in Canada, there was the Kamloops discovery of the unmarked graves near a former indigenous residential school. And then the suffocation of George Floyd happened. The actual prompt to write the song ‘Seeds’ was initiated by a text that I received from my cousin around that time, and it just read: ‘They tried to bury us, but they didn’t know we were seeds.’ I started writing the song based on that. We were all going through a really tough time. We were locked down and the pandemic had fully set in at that point. I felt like it didn’t have to be a Black thing, it wasn’t just an Indigenous thing, it was just a human thing that people were feeling, and that song spoke certain overall thoughts of what was going on in everybody’s life.” The song premiered earlier this week at PopMatters, take a look here.
Beyond the Reservoir‘s name is actually grounded in a specific geographical touchstone Taylor fondly recalls from the not-entirely halcyon days of his teenage youth in Ontario. “I used to hang out at a place in Toronto called the St. Clair Reservoir. If my last album, The Ridge, was a childhood record in a lot of ways, Beyond the Reservoir is an adolescence record – a coming-of- age story – about moving into adulthood. Beyond the Reservoir is an album that addresses identity, loss, sadness, hope, and redemption, and the themes of resilience, courage, and strength are prevalent in every carefully chosen lyric. It contains a gentle spiritual thread that runs throughout the album, touching on each of the elements like fire, water, air, and earth as they relate to humanity. It has this infinite sadness to it, but it also has this infinite hope to it as well. It is a beautifully orchestrated successor to The Ridge.” It’s compelling, like a book you can’t put down.

The 2022 single releases and album release follow on the heels of a standalone single Taylor released in the fall of 2021: a cover of a song called “100 Proof,” written by a friend of his, Toronto-based musician and award-winning music teacher, Tyler Ellis. The single bridged the gap between Beyond the Reservoir and his award-winning 2020 release, The Ridge, which scored him worldwide critical acclaim and eight award nominations in 2020 and 2021, including two Juno Awards, the Polaris Long List, and two Canadian Folk Music Awards, in which he won Solo Artist of the Year.