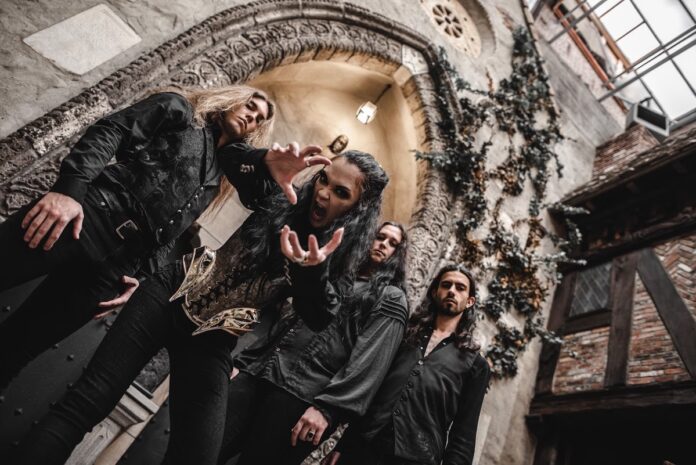 US prog metallers Seven Spires have announced the release of a new live album on 17th March. ‘Live At ProgPower USA XXI’ documents the group’s June 2022 performance at the well-known festival in Atlanta, Georgia, a show that saw them deliver a potent selection of songs from their three studio albums to date. Always a spectacular live proposition, the skilled musicianship of the quartet was on full display in this epic set.

It includes an appearance from Roy Khan of Conception on ‘This God is Dead’, bringing to life his guest slot on the studio version of the song that can be heard on the band’s current album ‘Gods Of Debauchery’ (2021). The live version of another  song from that record, ‘Ghost Of Yesterday’, is available on all digital services from today, with a visualiser viewable HERE.

Seven Spires are on a ‘Winter Wonder Tour’ in Europe with Twilight Force and Silver Bullet from mid-January, with three UK shows included on the schedule:
24.01.23 MANCHESTER Rebellion
25.01.23 GLASGOW Audio
26.01.23 LONDON Underworld
They will then tour North America with Eluveitie and Omnium Gatherum in March.
All upcoming dates can be found HERE.