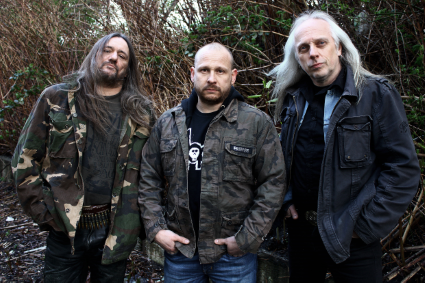 All the news about the new album

Album title track ‘Decision Day’ focusses on the subject of ‘D-Day’ in June 1944, when the troops of the Western Allied forces stormed the beaches in Normandy to liberate mainland Europe from the scourge of Nazi Germany. Interrelated songs such as ‘Belligerence’ and ‘Strange Lost World’ reveal Sodom main man Tom Angelripper’s profound understanding of history and analytical observations of current international events. He elucidates; “‘Belligerence’ criticises the general aggressiveness between nations that seems to be omnipresent at the moment. Everybody appears to be just waiting for a reason to start another war. Mutual fear is consciously fostered, the positions becoming ever more entrenched.”

‘Blood Lions’, meanwhile, is about a perfidious multi-dollar business based on lions raised in enclosures, only to be shot by wealthy ‘hunters’ at short distance. Tom; “The trade in trophies and bones used for medical purposes or as a cure for male impotence reduces the king of animals to mere livestock for slaughter.” The new album also sees Sodom tackle ancient historical themes, with songs such as ‘Caligula’, about the Roman emperor whose megalomaniac claim to world domination threw large parts of Europe into a state of terror.

The album’s impressive artwork was created by renowned graphic designer Joe Petagno, whose credits include not only Pink Floyd and Led Zeppelin but also Motörhead, for whom he created the legendary LP covers of ‘Overkill’, ‘Bomber’, ‘Orgasmatron’ and ‘Another Perfect Day’. Angelripper; “I was surprised and proud to learn how familiar Joe is with Sodom, immediately bringing up associations of our ‘Knarrenheinz’ when we talked about the artwork. For a Motörhead fan like myself, this cover is an absolute dream come true.” Petagno; “After having spoken with Tom about the current state of world affairs and heard some brilliant tracks from the album I wanted to visualize the History of Man from the dawn of creation to the mess we have today. Firstly and rather obviously it’s World War 3. However, on psychological and symbolic level it’s considerably more. I used Knarrenheinz as a symbol for the countless numbers who have soldiered on thru’ the centuries in one guise or another just to get us here to anno 2016 where we seem to be on the brink of another possible eruption.” ‘Decision Day’ was produced by Cornelius ‘Corny’ Rambardt, who doubles as the drummer in Angelripper’s side-project Onkel Tom; “A perfect combination for us, because Corny is a Sodom fan and a close friend of the band’s.” 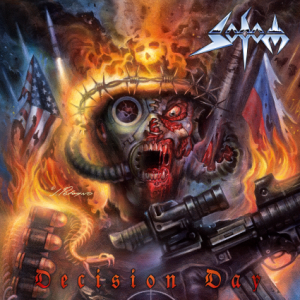