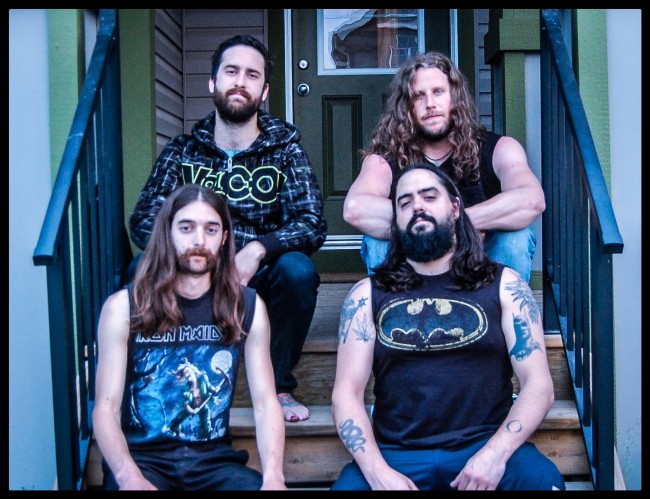 Playthrough video ahead of album release tomorrow
Calgary groove metal heavyweights FALSE FLAG have partnered with MetalUnderground.com to stream their guitar playthough video for their self-titled single from their EP ‘Nest of Vipers’. The EP is released tomorrow, and was mastered by Alan Sacha Laskow (ex-Divinity and Every Hour Kills) to enhance their groovy, low signature tone.
The group has been touring Alberta and Saskatchewan since July 21st with fellow Calgary mates, State of Demur. The band is travelling in support of their EP and has just released this playthrough video featuring Russ Gauthier (guitar and vocals) riffing out their single ‘Nest of Vipers’ on his eight-string Ibanez RG8.
To watch the playthrough for ‘Nest of Vipers’, please visit the following link:http://www.metalunderground.com/news/details.cfm?newsid=115433