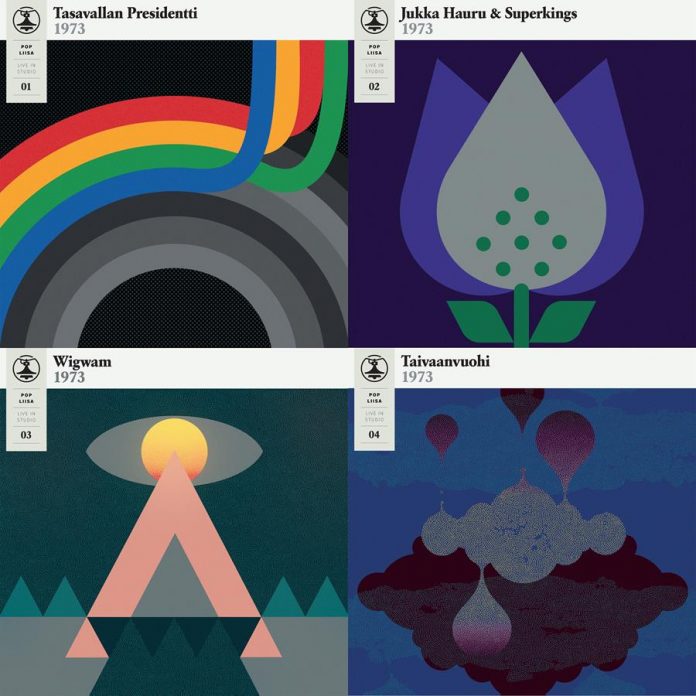 A treasure trove of rare Scandinavian music from the past half century courtesy of the esteemed Svart Records (Finland) and Round 2 Records (sister company to Norwegian label Jansen Plateproduksjon) have various titles being released across June.

All pressed onto 180gm vinyl with extensive sleeve notes, the titles explore the obscure depths of Scandinavia’s alternate music scenes from the 60’s through to the late 70’s.

Svart have announced their recent project, the Liisankatu series. The Liisankatu broadcast session series presents previously unreleased and forgotten gems from the biggest names of Finnish prog and jazz of the 1970s – over 8 separate recordings spanning the diverse worlds of jazz, prog, improvisation, funk and rock, this collection is a real gem from Finland’s music scene of the 70’s. Originally recorded as broadcasts by Yleisradio (often cited as “the Finnish BBC”), the thirty-four Liisankatu sessions are a genuine “who’s who” of Finnish prog and jazz, and feature previously unreleased live recordings from bands such as Wigwam and Unisono Quartet, there are some links to some more familiar names in the musical world which display their first-band origins.

The second major reissue release bundle comes from the recent company Round 2 Recordings, the partners of Norway’s Jansen Plateproduksjon. They aim to license and re-release the best obscure Norwegian rarities and repress them in limited copies – the ones we have to offer you include these selections.
The first is from heavy psych-funk 11 piece Undertakers Circus. Signed to Polydor in the early 70s, this album ‘Ragnarock’ blended elements of funk and afro beat into their sound, and with lyrics sung in Norwegian about themes such as radical politics and norse mythology, it make them hard to pigeonhole. Originally not a great commercial success, but now regarded as one of Norway’s finest rock albums of the era.

The other two records come from Firebeats Inc. – purveyors of the Norwegian Freakbeat scene. Accomplished musicians, influenced by UK bands like The Hollies and the Who, they adopted the high energy sounds of these groups for their style. The tunes were great in a Sonics-style way; but the album received very little media attention and only the minimum of 500 records were ever pressed of the debut. Now, Round 2 brings it back, with a compilation from themselves to partner the debut. The self-titled debut and the ‘Let Me Tell You: Singles and Outtakes’ compilation are also released in June.

Lastly, a record from Folque – a seminal Norwegian album originally released on Philips. Folque, inspired by U.K. peers like Steeleye Span, Pentangle and Fairport Convention, set off to create their own domestic take on progressive folkrock with Norwegian lyrics, creating a set of songs based on the traditional Norwegian folkmusic heritage along with some adaptations of traditional English repertoire. Produced by ledendary norwegian guitarist, Øystein Sunde, you can hear Folque’s 1974 debut in June.

Previous article
Tides Comes Out In May
Next article
Good God!