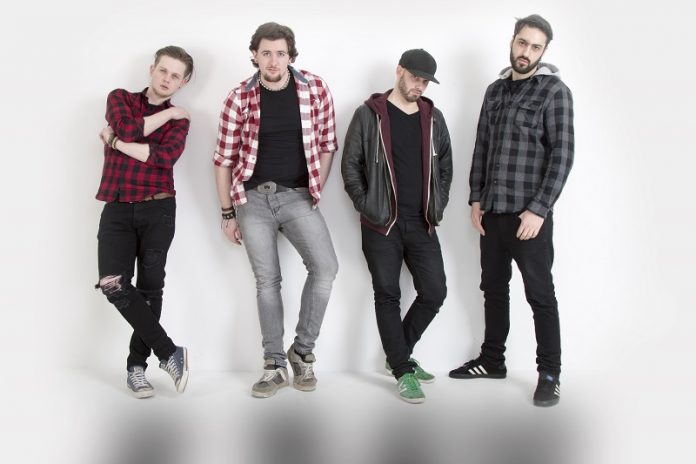 Manchester melodic hard rockers Iodine Sky have released the first details of their eagerly anticipated debut album. ‘Tides‘ was recorded with Creed and Dark New Day‘s very own Brett Hestla, and will be released on the 27th of May 2016. Iodine Sky have one goal; to create anthemic songs with the catchiest hooks you’ve ever heard.

Vocalist Aaron comments:
“Iodine Sky have always had two goals “go big or go home” and “make amazing memories for ourselves and the fans”. It’s taken years of graft, upset, changing members, plans falling apart etc but we feel we are starting to reap the rewards now.
We’re honoured to have worked with people like Brett Hestla. The experience of appearing on his solo album, as well as working with him on ‘Tides’ has been inspirational!
2016 is going to be a big year for us, with our first album and video releases. We want to earn a reputation for being the band people REALLY want to see, and for us this is the starting point.
We will be playing shows in the UK and USA this year, and can’t wait to unleash our sound!”

Formed in 2013, Iodine Sky quickly recorded debut singles ‘So Far Away’ and ‘Summer Song’ with Brett Hestla. The band impressed him so much that the following year frontman Aaron flew out to Florida to join the likes of Mark Tremonti (Alter Bridge), Clint Lowery (Sevendust), Will Hunt (Evanescence) and more on Brett’s solo album.

Members of the four piece have already played with the likes of Forever Never, IDEFI, Zico Chain and Kobra and the Lotus. Few bands can boast 4 part vocals live, pounding drums with blazing guitars and one hell of an energetic performance, we dare you to come to a show and not want to join in.

You can check out an acoustic track by Iodine Sky, ‘Who Knows You’ features as a bonus track on the forthcoming album:

Now Iodine Sky have released the first details of ‘Tides’ including the track listing and stunning artwork (both of which can be seen below). Heaving a weight of experience behind them, with the upcoming release of ‘Tides,’ 2016 promises to be the year that Iodine Sky conquer the globe. 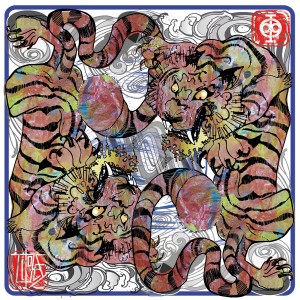