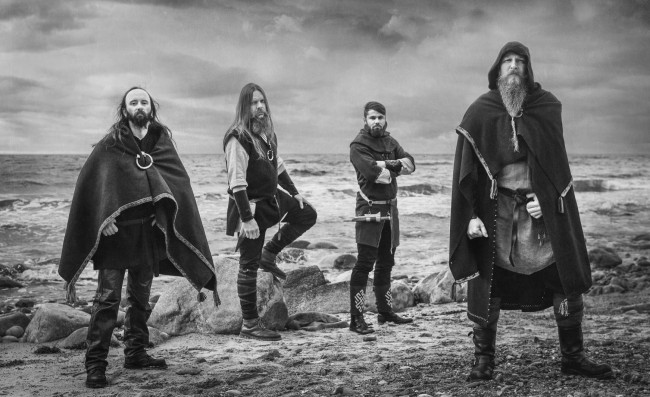 Everybody’s favourite Pagan metallers have a video, a tour – and a history lesson

The video, say the band “transports you back into the grim times of the Great Northern War (1700-1721), when several plague outbreaks hit Europe, especially around the coast of the Baltic Sea. The plague spread from Central Asia via Constantinople into Poland as it followed the Swedish army route.”

Prussia was struck hardest between 1709 and 1711, when about a third of the East Prussian population was killed by plague and famine. Unfortunately, it also took the last native speakers of the Old Prussian language. Also, it struck a devastating blow to the old pagan traditions around the Baltic coast, as many of those who still kept the old ways alive, passing them from generation to generation, died in the plague and with them went a great deal of the old lore and knowledge of the Balts.

It can be said that after the plague, the Old Prussians had ceased to exist as a nation.

The song is taken from SKYFORGER’s new album “Senprūsija”, which means “Old Prussia” and is dedicated to the Prussians, the now extinct third Baltic nation, the other two being Latvians and Lithuanians. Old Prussian tribes lived around the current territory of Kaliningrad (Russia), which formerly was known as Königsberg. This region is located between Poland and Lithuania next to the Baltic Sea.
The album is released and available from the band’s own Thunderforge Records.
SKYFORGER will embark on Polish and G/A/S tours in October – check details below.