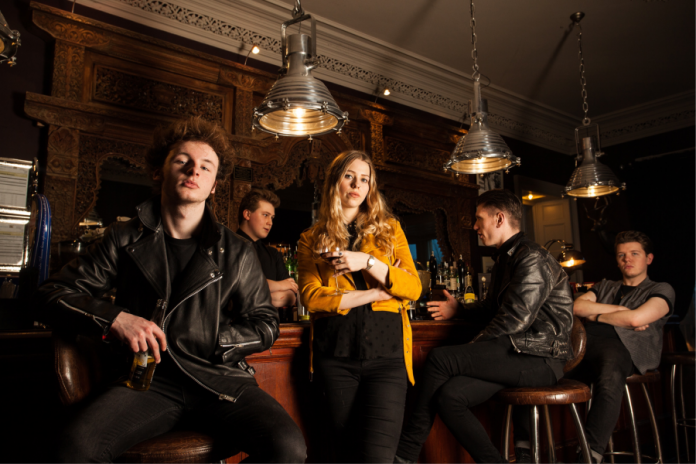 MVM approved Northern rock n rollers release awesome new clip
SKY VALLEY MISTRESS are a female fronted four piece who play with fuzz, feedback and rock and roll. And they play hard.
With 2 fingers in the air and nothing to lose, the fearless gang of four are led by front woman Kayley ‘Hell Kitten’ Davies (vocals), with the six string sinner Squire ‘The Duke’ Williams (guitar), young blood Russell ‘Russell’ Russell (bass) and Maxwell Harvey William Newsome III (drums).
Assisted by their professor in sound and vision Sean ‘Starsky’ Berry, the band have released a 360° video for their brand new single Hell Ain’t Got Your Hound. Watch the official 360° Official Video directed by Starsky here:
Shot at Sky Valley HQ you can watch the most intimate and personal performance of the band possible. Using the latest technology, you decide who and what you want to watch in the video. Click and drag the screen or simply move your phone and you will be able to see any member at any time. Make sure you keep your eyes peeled; there are several ‘hidden’ features in the videos for fans new and old.
To celebrate the release of their brand new video and single the band are playing a handful of select shows including their first appearance at this year’s Sound City Festival in Liverpool.
Sky Valley Mistress’ brand new single Hell Ain’t Got Your Hound is out now.
Mastered by Gavin Lurssen whose recent clients include Eagles of Death Metal, Queens of the Stone Age and Foo Fighters.

To purchase  Hell Ain’t Got Your Hound go to: www.skyvalleymistress.bandcamp.com