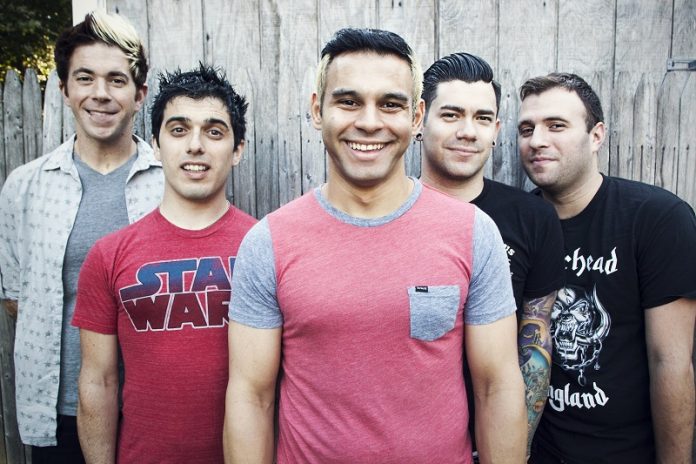 New York’s resident mad-men PATENT PENDING have just launched a video for new single ‘Six Feet’.
The track is taken from their latest album ‘Riot Hearts Rebellion’ which is out now on Rude Records.

Singer Joe Ragosta comments on the video: “This video holds a lot of meaning for me. I’d been having a terrible year. I spent two full months just wasting away being miserable. I was depressed and just down on myself and I was letting the negative side of everything win. I found myself questioning why I even bother making music and for the first time in my entire life I was starting to peak over to the other side of the fence to see what “the real world” might have for me. Diving deeper into this song and making this music video reminded me why I love making music and why I started this band in the first place. It helped me realize that I was living my whole life on auto-pilot. I was playing everything safe because I was too scared to commit 100% to the music I want to make and to becoming the person that I want to be. The band has been so supportive through all of this personal struggle that I’ve been dealing with and I owe them big time for that. Sometimes you just need to be reminded that this music, these videos and these shows are what keeps us together, what keeps us moving forward, and what makes us who we are. This video is the story of the greatest battle that anyone chasing a dream has to fight. The battle against their own self-doubt.”

Patent Pending are  touring the UK with in April with support from Boy Jumps Ship.