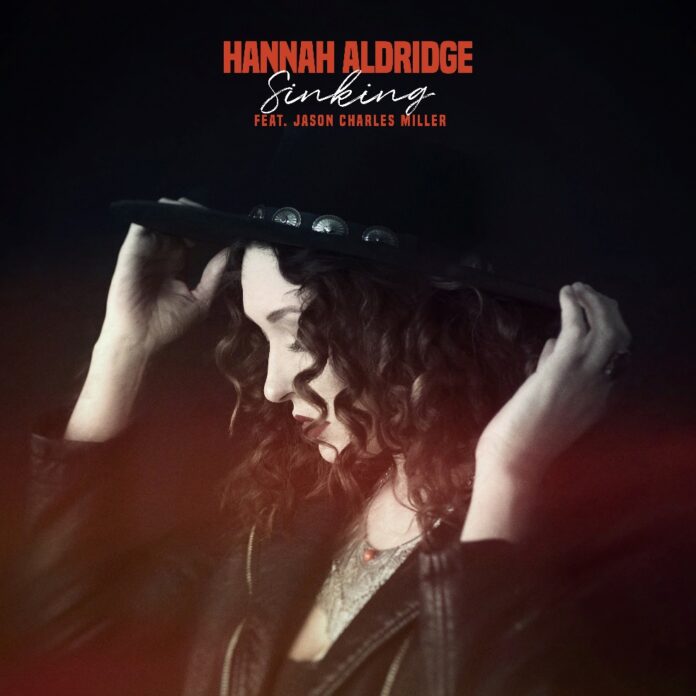 With every song, Hannah Aldridge is facing down demons of a life once lived from substance abuse to failed relationships and scars from the lashes of the bible belt. Raised in the extremely religious State of Alabama, Hannah has since young years felt an affinity to the darkness found in the Southern Gothic themes and has developed a fondness of writing songs with elements of horror brought on by dark thoughts of depression or hopelessness. Finding a calling in exploring these heavy-laden feelings and impulses that we all have, but are typically afraid to indulge in she explains, “The devil and darkness were always the boogeyman under the bed for me. It still is honestly. So that naturally weaves itself into a lot of songs. I find it extremely fun to sit and think of what type of song I would write for a particular scene in a movie or subjects that really scare me.”

Hannahs new single “Sinking” is a cover of the Godhead original from 2001, and features Jason Charles Miller himself. Since becoming a solo artist, Jason has expanded his roots in Americana and country, dynamically exposing his blues-inspired and Southern rock influences, thus quietly establishing himself as a veteran presence in Americana, country and Southern rock. Originally from Clifton, VA, Jason now lives in Los Angeles, CA where he owns and runs the successful recording complex Central Command Studios, and is otherwise widely recognized as the frontman and founder of the rock band Godhead, selling more than 250,000 albums touring the world with the likes of Ozzy Osbourne, Rammstein, Disturbed, Linkin Park, Slipknot and Korn frontman Jonathan Davis.

Mixing her personal life and the sounds of her hometown, Hannah takes influences from across the rock genre. Working with one foot in country music and the other in rock has given Aldridge a fresh kind of Southern Rock styled by Southern Gothic storytelling. The honesty she crafts into each track is offset by her stubborn, even defiant, nature, which gives her music a hopeful silver lining.

On the new 7″ she tells us, “These songs were a canvas for me to lean a little harder into heavier rock, while still maintaining a sound that my audience would relate to. I have been slowly moving into a darker rock sound album by album so, for me this landed on a real sweet spot of a dark rock sound without completely reinventing myself as an artist.  I have been a fan of Jason Charles Miller for a long time and worked with him on different projects for almost ten years now, so it felt natural for us to collaborate on this project. It was a dream come true to get to record in LA and immerse myself in the scene there while working on these songs. I have a real connection to LA and everything just clicked for this project from the moment Jason and I started planning for this to be recorded there.“