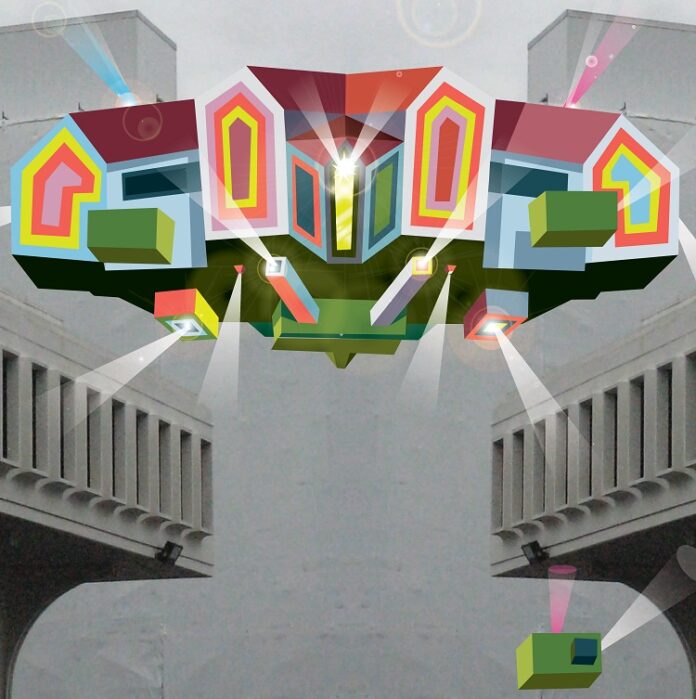 First things first B. Hamilton is not a solo artist. It’s a three piece. Hang on, things are about to get weirder than that.

Ryan Christopher Parks had the idea for this in 2010 and since then its morphed into a band (including Raj Ojha who drums for Black Crowes) and “Nothing And Nowhere” is their fourth album. Andrew David Thorley (since we are using three names here, likes it a lot too).

What ADT (promise I’ll never refer to myself by my initials again…..) will not do to RCP, though, is pretend I’ve heard the other three, but this odd little outsider is marvellous stuff.

That’s not the half of it. “North San Juan”, kicks it off with a nice line in funky rock n roll – at least on the surface – but go back and listen to the lyrics. It’s a dark, nasty world of addiction and pain. Peace and love be damned, there’s not much in the post-Woodstock nightmare, it seems.

And that’s, largely, what this album does (and does brilliantly). It makes you think its one thing, before being something entirely at odds.

Take the thumping drums and catchy riffing of “Whatever Is Owed To Me” – exactly the sort of thing you usually see me typing the words “blue collar” straight after with great haste. Not here, though, the vocals are weirdly hypnotic, then the hook: “Oh I wanna go and kill tonight” hits like a wrecking ball (thanks Springsteen, of whom more in a bit). But then the lead guitar is a real arena rocker.

“Song For TW” explores what – I am going out on a limb here – seems to be the central theme of all of this, that love is worth fighting for (literally in some of these) but does so in a gentler way that has just a flavour of the claustrophobic work of Elliott Smith (and as it namechecks Thin Lizzy lyrics it gets bonus points).

Best of all though, is the stunningly abrasive “45 And Straight”. All outsiders in their mid 40s can probably relate (not me, I am 46 and not a divorcee as the lyrics dictate). The key point, though, is that “no one ever listens to me, or cares what I say”. There’s ways to make yourself heard. Lord knows how the character here will do it. “Springsteen America” he opines, “lives on another day….”.

There’s an undercurrent of anger coursing through this half an hour. “Fight For Everything” offers sweetly “I hate this city, I hate who comes and goes…..I hate myself more every day I wake”, but does it so gently and matter of fact as to be even more scary than if it was screamed.

“Sarajevo Roses” goes on full on indie rock radio wall of sound for a bit, like if Gaslight Anthem had written a concept record about their dark thoughts, before a gorgeous little blues thing “Keep A Little Light On” draws it all together, and offers some hope in the darkness.

“Nothing And Nowhere” deals with the darker corners. These are the characters that Springsteen wouldn’t have even noticed on “Western Stars”, the people so unimportant to the plot that they just drift without being seen. In short, these people are everyone. And B Hamilton have nailed it brilliantly.