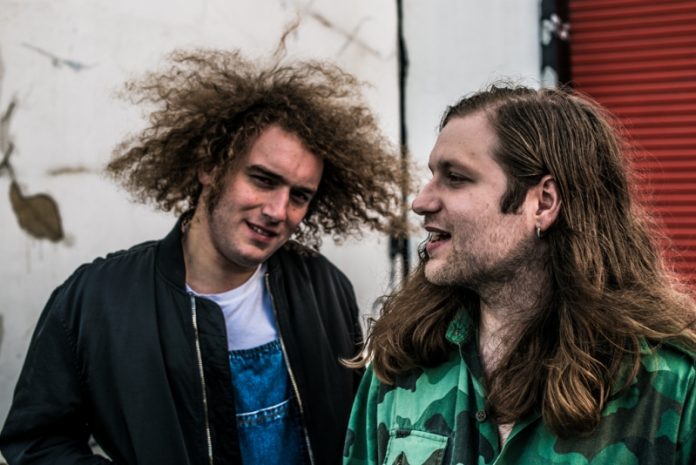 Brand new video ahead of album

God Damn immortalise their devastatingly heavy and addictive new single ‘Sing This’ with a powerful new music video, taken from their forthcoming second album, Everything Ever, released via One Little Indian Records this September 23rd.

Juxtaposing the darkness and the light, ‘Sing This’ see’s God Damn both jovial and wonderfully macabre. “’Sing This’ features two amazing actresses who contrast throughout, one being a gory, suffering character, the other a much lighter, happy, genial character,” drummer Ash Weaver explains. “Death is present, with his lilies, blood and chains as “it pains to be alive”, but on the other hand, there’s a lot of fun coming from us, because after all, it’s an end of the world, fist in the air, we don’t care, let’s be ‘aving ya’ POP BANGER,” singer Thom Edward righteously adds. “But keep an eye out for Axe the dog, I wouldn’t mess with him…”

Pre-order Everything Ever here – https://oli.lnk.to/EverythingEver

God Damn play an intimate album release show on September 23rd at the Boston Music Room before a UK tour with Red Fang and Torche at the dates listed below. They join Frank Carter & The Rattlesnakes  on the road through Europe in October.