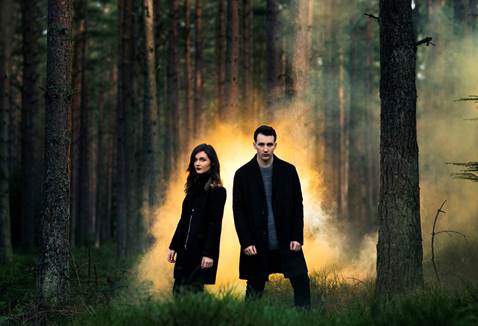 Get a new song right now

Fans of Greywind can now instantly download the album version of the band’s first single, ‘Afterthoughts’, upon pre-ordering the debut album; ‘Afterthoughts’ is also the title-track of the album, set to be released via Search and Destroy / Spinefarm Records.

The creation of ‘Afterthoughts’ (the single) is particularly important to the story of Greywind; it was the demo of this track which set the band on such an incredible and unique journey, as Paul O’Sullivan, one half of the brother / sister duo, explains:-“We spent years looking for people to start a band with, but we could never find anyone. We had never played a live show before, and we had never finished writing a song either, so we decided to finally get started ourselves without having the full band we always imagined.

“In April 2014, we decided to book ourselves into a recording studio in July despite not having a finished song. We hoped by doing that we’d be forced to finish one now that we had a deadline. The night before we headed into the studio we were still working on the lyrics.

“On July 3rd, we spent the day recording the demo of a song called ‘Afterthoughts’ with Neal Calderwood at Manor Park Studio in Belfast, a five hour drive from where we live…

“With us never having played with a band before, this was the first time we had ever heard ourselves as a full set-up, with Neal adding programmed drums to the demo.

“On Monday, July 7th we decided to post the demo online. 24 hours later, we had emails from major labels, publishers and management companies. Shortly after, Daniel P. Carter and Zane Lowe started playing the demo on BBC Radio 1.”

Check out the supporting video here:

The album, ‘Afterthoughts’, was recorded with producer Jason Perry in Texas and is available to pre-order from the following retailers:

Additionally, Greywind will be supporting Young Guns this week across two very special sold-out underplays in both Central London & Kingston. These shows follow popular performances as special guests to Thrice last month and on the Lock Up Stage at the Reading / Leeds festival.