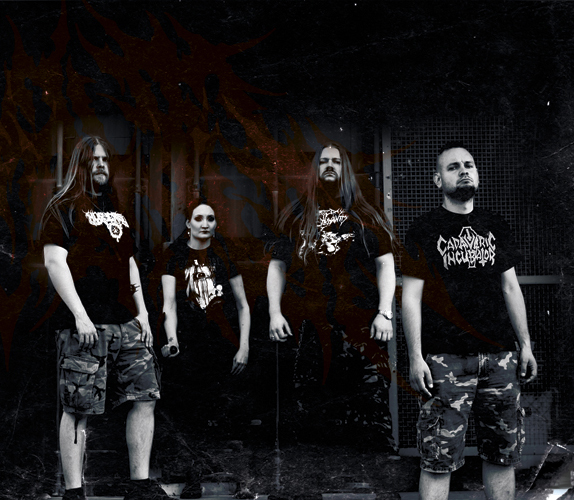 The female fronted Necrodium will release their new record “Remnants” on 17th August.

The group is a Finnish Brutal Death Metal band founded 2006. The band started as a trio: Henkka (guitar), Wallu (bass & vocals) and Ake (drums). With that line-up, Necrodium recorded its first demo “Demo 07”.

In 2008 Ake was kicked out and Kim joined in as a new drummer. The band rehearsed actively at that time, played some gigs and recorded three demo tapes: “Postmortal Vengeance” (2008), “Altar of Condemned” (2009) and “To Oblivion” (2012). For having more power and diversity to Necrodium’s sound, Henkka started to do backing vocals after  the “Altar”demo.

The line-up lasted until the end of the year 2012 when Wallu decided to leave the band and Linda joined in as a vocalist and Mika as a bass player. With Mika, Necrodium did few gigs and recorded its first album, Remnants (Breaking Wheel Productions, 2015). Mika left the band in january 2015 and Kaj replaced him right after. 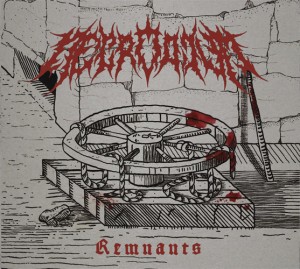 1. Voices From The Wheel (Intro)
2. The Vengeance (From Beneath)
3. Into Oblivion
4. Torture Test
5. Cannibalizer
6. …As Your Flesh Rots
7. Remnants Of Claustrophobia