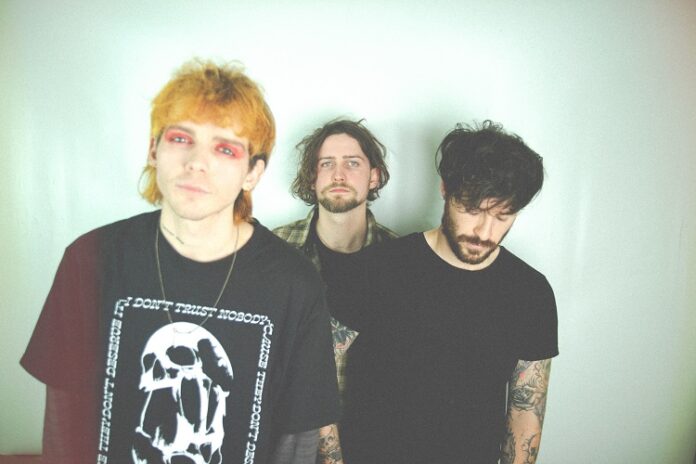 Ahead of the upcoming release of the roaring, fuzzy alt.rock explosion of their debut album, WE’RE ALL GONNA F***ING DIE, on July 8thonSO Recordings, the trio have today released new single, ‘talking to the drugs’.

“It’s an unrelenting push back against certain people and also myself,” singer/guitarist, Mykl Barton, shares. “Born of a journey back to difficult and darker periods of my life with angry aggressive hindsight. There was no space for minced words. It’s not pro drugs, it’s not anti drugs. It’s consent, responsibility, toxic behaviour and ownership. Just another fuck you.”

‘WE’RE ALL GONNA F***ING DIE’ is released July 8th on SO Recordings.