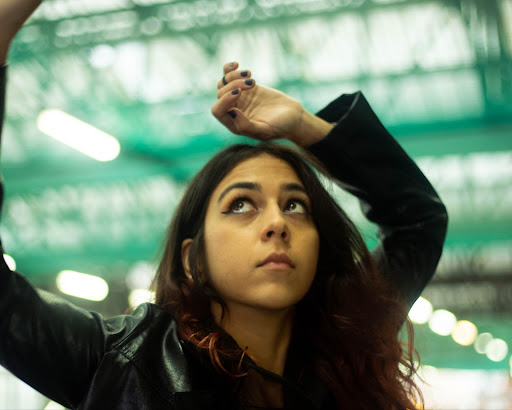 Officially released on the 10th March, the new release sees Sheikh strip the track down to its barest of bones and uncover haunting new depths beneath. With eerie vocals and a simplified, floaty approach to instrumentals, “Love Is Undefined” is transformed into a plaintive piano-piece reminiscent of Agnes Obel’s brittle balladry;

Speaking of the acoustic version of the track, Nadia Sheikh explains:

“I feel like ‘Love Is Undefined’ took on a new life when I recorded it acoustically. It’s quite an intimate song and although the lyrics are very metaphoric in a way, they’re really direct and personal, so I felt the need to strip it back down. I feel like this version would be the perfect soundtrack to a rainy nostalgic day, sitting by the window with a cup of coffee in your hand…”

The new acoustic track was also recorded at 123 Studios in London with Brett Shaw, parallel to the sessions for the original ‘Undefined’ EP, which is out now.

Supporting the Stereophonics on an extensive tour which saw her performing in some of the biggest arenas in the UK and Europe, Sheikh went on to complete a UK headline tour of her own in support of her latest EP: ‘Undefined‘. Featuring the singles: ‘Deep Waters’, ‘IDWK‘ and ‘Love Is Undefined‘, the EP was produced & mastered by Brett Shaw (FOALS, Florence and the Machine).

Written between her joint bases of London and Spain over a 12 month period, the ‘Undefined’ EP is a candid and earnest exploration of relationships that have defined her life and how they can break down. While the EP features a fleshed-out sound courtesy of her band Rowan Davies (bass) and George Gardiner (drums), Sheikh’s upcoming acoustic release id a purely solo effort that see an artist showcasing her natural abilities in raw, unfiltered form.

THE ‘UNDEFINED’ EP – IS OUT NOW
STREAM HERE