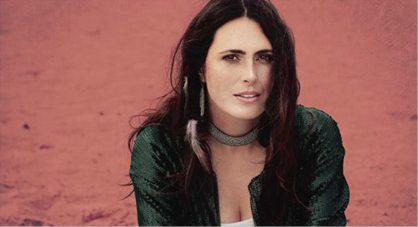 With over 200 million streams on Spotify, more than half a billion YouTube views and multi-million album sales as the lead singer of the rock band Within Temptation, Sharon den Adel aka My Indigo announces her debut solo album.

Released early 2018, the album ‘My Indigo’ is the beautiful and raw result of two years of retreat, healing and exploration. It was Sharon’s opportunity to get out of the limelight and come to terms with hardships in her personal life, and take a break from the strain of touring the world as the singer of the internationally successful rock band, Within Temptation.

“My Indigo is my blues; my feelings and emotions. Not only negative, but also positive emotions and feeling, but negative feelings often have more impact.”

Even though ‘My Indigo’ is Sharon’s debut as a solo artist, it’s not the first time she released music outside of the band Within Temptation. In 2008, a collaboration with DJ Armin van Buuren titled ‘In And Out of Love’ became an international hit song.