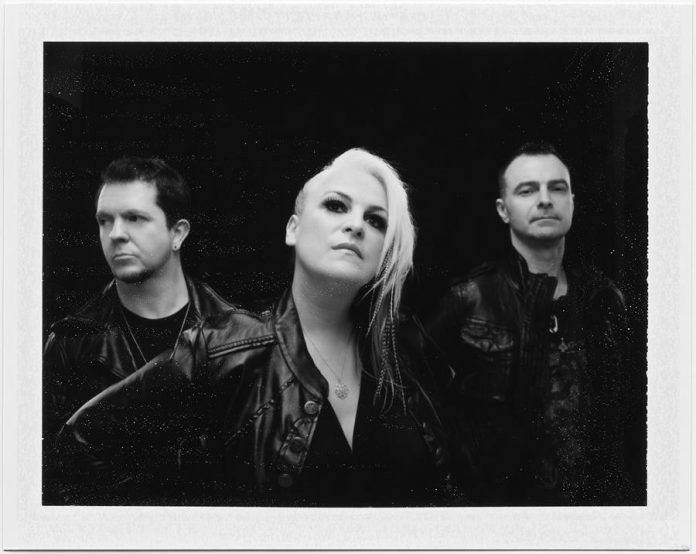 While a thousand trends have come and gone, straight-up rock has endured them all… galvanising fans worldwide with its strict no-bullshit approach.

With everything dialled in at maximum, pure rock is larger than life, and few places on Earth let it loose as consistently as Melbourne. Proudly carrying this torch, powerhouse trio SHADOWQUEEN have stepped up as the city’s next serious contenders with their knockout second album, Living Madness.

Packed with hooks, each song on Living Madness is a blistering rock inferno. A band for the fans, SHADOWQUEEN keep it simple and powerful; equally capable of dropping a perfect pop chorus as they are a flat-out rock assault. The latest single from the album, Open Up Your Eyes, is a perfect case in point as it delivers an equal measure of both… showing off Robbi Zana’s stunning ability to send her voice through the roof.

SHADOWQUEEN’s 2012 debut album Don’t Tell was an instant hit in Europe. Released on French label Bad Reputation, it introduced the band as a force to be reckoned with, earning them rave reviews and a loyal international fanbase. Back home in Australia, SHADOWQUEEN continued to rise as their own live show took shape, becoming a go-to support band for the country’s finest rock acts. With Living Madness,

SHADOWQUEEN have completely emerged into their own… proving beyond any doubt that they can
stand shoulder-to-shoulder with anyone.

And like all good rock bands, SHADOWQUEEN are at their best on stage. Launching Living Madness at The Tote on Thursday September 14, the band will be celebrating the release in fitting style, followed by some interstate touring. For fans new and old, SHADOWQUEEN promise a rock show never to be forgotten as they proudly set Living Madness loose on the world.

Living Madness feat. Open Up Your Eyes, Unconditional and Waiting On You is out September 14 on CD and via all good digital retailers | Pre-order via iTunes