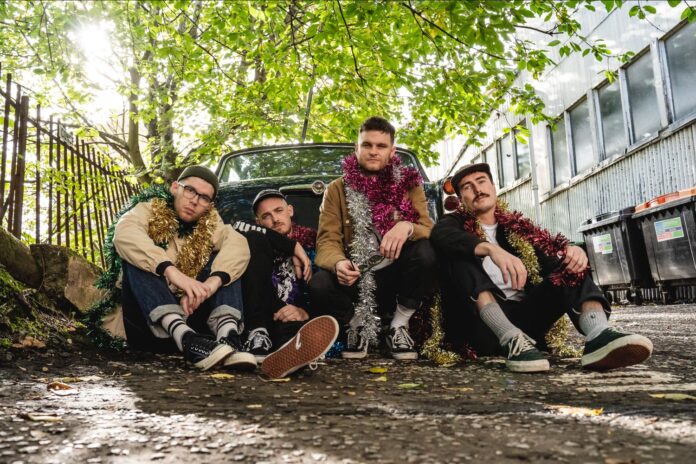 The Anglo-Scottish 4-piece, Cold Years, close out their most successful year yet following critically acclaimed 2nd album ‘Goodbye To Misery‘ & touring across Europe & the UK, with their incredible take on a Christmas classic, Shakin’ Stevens ‘Merry Christmas Everyone‘.

Speaking of the song, frontman Ross Gordon says, “I think we’ve just worked so hard this year we needed a blowout, something just fun you know? I hate Christmas but this song is fun, something everyone including ourselves needs right now”

‘Goodbye To Misery’, the ambitious follow-up to the band’s acclaimed debut, Paradise (2020) was recorded by Neil Kennedy (Creeper, Boston Manor, Milk Teeth) in May 2021 at The Ranch Studios in Southampton & is 12 tracks born out of the want for a more positive future rather than the self-destruction and misery of its predecessor. “This record is us saying you can break away from those things that are bringing you down,” frontman Ross Gordon explains. “It‘s about standing up for yourself and not letting anybody tell you what you should or shouldn‘t be doing. It‘s a defiant statement.”