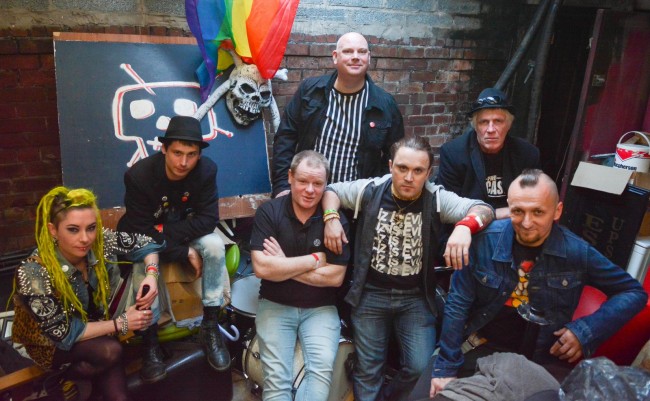 And they nearly spammed U2

Paranoid Visions attempts to re-educate MOR music fans upped the ante this week when 5000 flexidiscs were shipped to 50 different co-conspirators around the USA, Europe and the UK for random insertion into LP’s by artistically challenged bands like U2, Nickelback, Kanye West and many other offensive creatures.

The band had discussed spamming U2 with their new album but felt that the were beyond redemption, whereas the poor misguided fools who buy music like this may have hope. The track “Across the Holocausts” from the “Cryptic Cross Words” album (due out August 14th and launched at Rebellion Festival in Blackpool August 7th) is politically aggressive and draws parallels with Nazi Germany and the recent events in the Ukraine. “Flexis are amazing…. old school, fun, cheap and aesthetically beautiful, we were delighted to recruit personnel with similar agendas who were willing to enter record shops for reverse shop lifting”

Meanwhile the official release of the flexi (with a download on Ltd edition clear vinyl) is only available on www.foadmusick.weebly.com