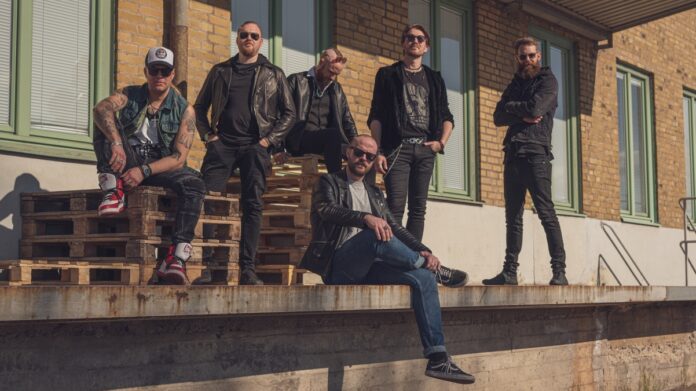 Having stormed onto the melodic rock scene in 2021 with their stunning debut effort ‘Delirium’, Sweden’s Seventh Crystal have announced a release date of 10th March for its follow-up, ‘Wonderland’. Kicking everything up a level, their new album sees the band once again applying their magic formula on what is a classy slab of 21st century melodic hard rock. A first single and video from the record for the song ‘Higher Ground’ is available from today.

Initially founded by singer Kristian Fyhr (also of Perpetual Etude and Ginevra) as a solo project, he soon realised he wanted to involve other musicians and brought in Johan Älvsång (Pinstripe Conspiracy, Lamashtu) on keyboards/piano and Olof Gadd (Osukaru) on bass, subsequently recruiting drummer Anton Roos and guitarist Emil Dornerus. Gustav Linde joined the band as a second guitarist following the release of ‘Delirium’.

Best described as modern arena rock with melodic rock influences, Seventh Crystal have drawn comparison with fellow Scandinavian contemporaries such as One Desire and H.E.A.T. ‘Wonderland’ is a must hear for fans of those artists.

Previous article
EVERYTHING BUT THE FUSE
Next article
NO LIES