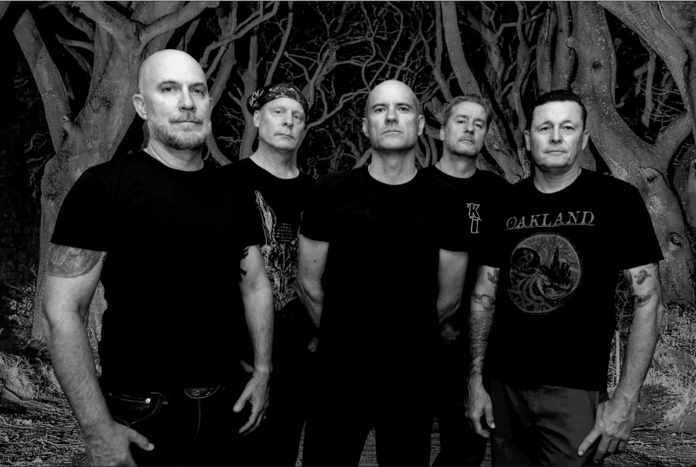 Oakland, California’s BLACKWÜLF have roared back from the pandemic hiatus with their new Ripple Music album “Thieves and Liars”, recorded and produced in Oakland by Jesse Nichols (Iggy & The Stooges, Ty Segall, James Williamson). Borne out of the disintegration of the world around them, the new album encapsulates what the mighty five-piece does best: fist-pumping riffs, dark progressions, apocalyptic visions and plenty of epic heavy rock swagger.

Listen to their new single “Thieves & Liars” at this location

Forging melody, message, and authenticity with heavy raw power, BLACKWÜLF have been purveying massive riff rock for over a decade. Drawing from influences found in the darker corners of your stepdad’s vinyl collection, the vintage five-piece outfit’s electric live performances and headbanging heaviness have converted a wide base of ravenous fans from Los Angeles to London. What distinguishes BLACKWÜLF from many of their contemporaries is a strong emphasis on “songs” rather than “sounds”, delivering a wide slab of listenable vintage-style heavy metal that draws its strengths from imaginative content and quality performance. Watch Blackwülf’s latest “Shadows” video at this location!

Previous article
SEVENTH HEAVEN
Next article
GOT THE LOZ