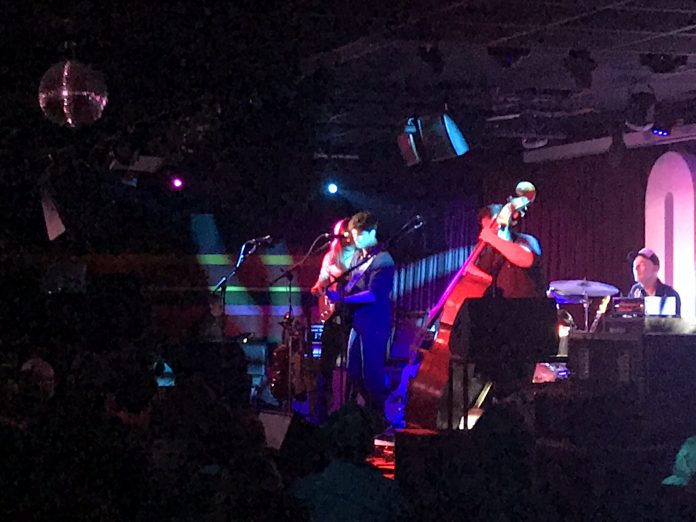 “Tomorrow, opening the show, is Robert Plant, sorry you’ve got to make do with me”. As opening lines go, it’s right up there. Josienne Clarke deadpans it, but then she deadpans most things in her half hour set. Self-proclaimed “achingly sad” – never a bad thing in music – “Things I Didn’t Need” is written from a male point of view (“you can’t wait forever for someone to write you a love song”). “Leaving London” seems to nail all that’s awful about the capital – maybe it took Clarke 90 minutes to travel 6 and a half miles the other week too, but I digress – “Season In Time” shares more than a title with Nick Drake, as the now Isle Of Bute resident has something of him about her music. “Onlyness” is more of the same, but there’s something stoic in its misery, it almost relishes being alone. Deceptively good. But definitely not Robert Plant.

Clarke is back about an hour later, joining Seth Lakeman, on “The Gloaming”. This is the one, really, that just seems to encapsulate everything in his music. Rooted in Dartmoor, it almost sounds murky and steeped in rugged beauty.

That is what Lakeman does, his is a sound that belongs to the folk tradition, these are tales that belong in the West Country, but the stories resonate far beyond.

This is still a tour – like when I saw him last year – to celebrate his “Well Worn Path” record, but unlike that one, which was a pretty raucous thing, in front of a Friday night crowd, this is a sit-down show in a comedy club, and the vibe feels different, more reverential.

The quiet atmosphere allows the power of these songs to come through fully, “Bright Smile” is impressive, while older stuff like “Take No Rogues” is delivered with a real warmth.

Although this is a full band show – and Ben Nicholls on double bass, the brilliant Kit Hawes on guitar and Evan Jenkins on drums each add their own dynamic – Lakeman is soon solo on  “Silver Threads”, and again for “Whenever I’m Home”, which he delivers away from the microphones.

The engine room of the set, if you like, is the wonderful trio in the middle.  “Fitzsimmons Fight”, “The Educated Man” and “Solomon Browne”. Each spinning fine yarns about South Western Britain, its character and its tragedies.

“1643” does likewise, but from a historical perspective, while things move to Wales for “The Colliers” and the Gresford Mining disaster. As always with Lakeman, however, this one is a real uplifting experience.

Solo again for “Kitty Jay” – a real stomper and crowd pleaser – he returns with the band for the encore. “A couple of silly songs” he calls them “a pair of hoedowns”, but it gets the audience up and – literally in some cases – dancing as they play “Drink ‘Till I’m Dry” and “Race To Be King”.

It is 90 minutes that shows why Seth Lakeman is so highly regarded, but also why he fits in everywhere. Brilliantly varied, conveying all kinds of emotions, he is one of the finest talents in UK music.

And he’s got Robert Plant opening for him tomorrow, so he’s already won.