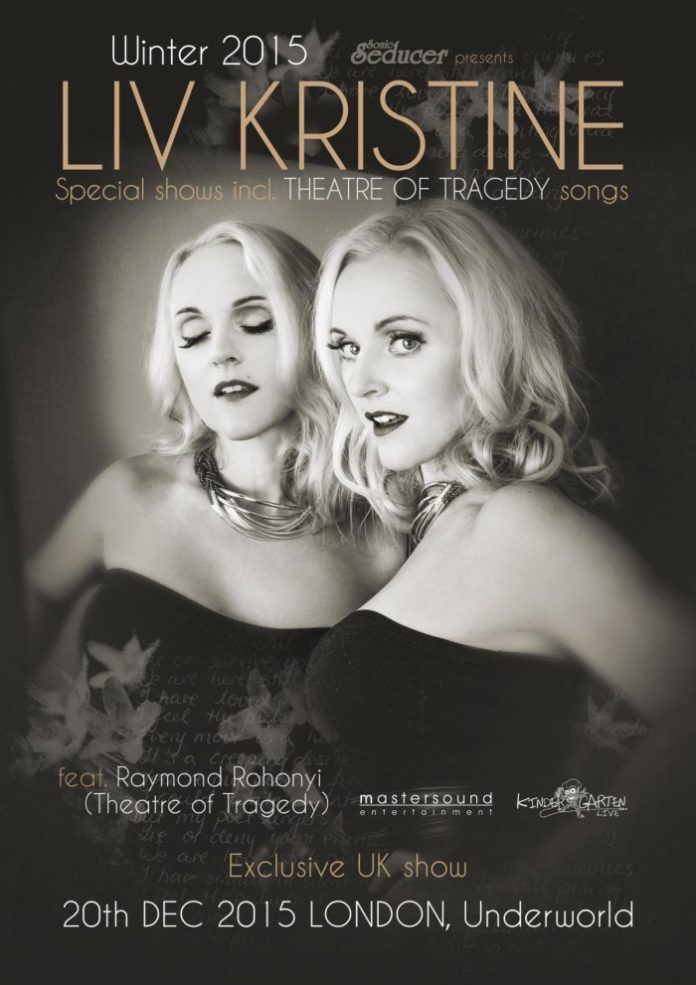 Solo stuff and band material in the offing

LIV KRISTINE has announced she will play a special one-off UK show at The Underworld, London on December 20, 2015.

As well as airing Liv’s solo material she’ll be joined by Raymond Rohonyi of Theatre Of Tragedy to play classic stuff from their extensive catalogue.

LIV comments: “London, are you ready? I am very happy to play this very special solo show in the UK! It will be a highly atmospheric and unique live experience with many surprises. Raymond/Theatre of Tragedy will be my special guest for the night. Many of you will be in London for the Nightwish show the day before, too, so I hope seeing you Sunday 20.12. at the Underworld! After the show I will be happy to meet and greet you all. This weekend will be magic!”

Raymond Rohonyi/Theatre of Tragedy adds the following: “Excellent to be back on stage with Liv. A killer setlist is awaiting you, moreover, a special show with lots of fine memories! See you all in London in December!”

Tickets are on sale HERE!