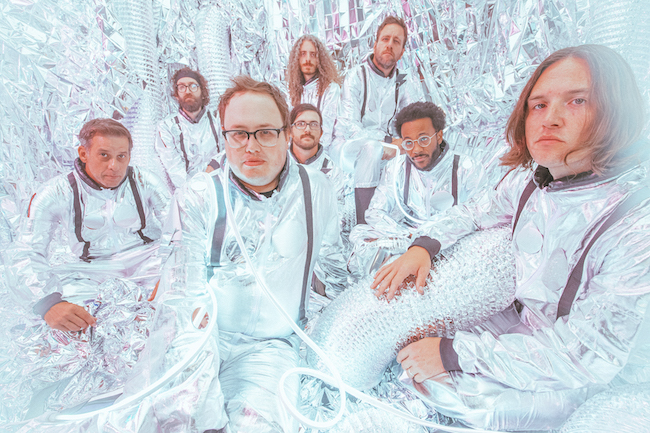 St. Paul & The Broken Bones, who released their new album ‘The Alien Coast’ earlier this year, will perform a string of UK shows in July. Tickets available here.

‘The Alien Coast’ defies expectations yet reflects the galvanising musicianship that has earned the band massive acclaim, three Billboard 200 debuts, an opening slot with the Rolling Stones, a legendary NPR Tiny Desk performance with over seven million views, and multiple national tv bookings including the first-ever musical performance on Stephen Colbert’s Late Show and a Daytime EMMY nomination for one of their CBS Saturday Morning appearances.  Recently on his Rocket Hour radio show, Elton John, who is a longtime fan of the band and has hosted them at his Oscar party, said that “Paul Janeway is one of my favourite vocalists” and also shared a song from the new album.

St. Paul & The Broken Bones launched a 45-date international tour in March, featuring some of their biggest headlining shows to date including The Beacon Theatre in New York City. The band ALSO performed at the Orion Amphitheater in their home state of Alabama with Brittany Howard, Drive-By Truckers and Mavis Staples. One of the great live bands to emerge in the past few years, St. Paul & The Broken Bones have toured the globe many times over, delivering a “potent live show that knocks audiences on their ass” (Esquire).

2. Bermejo and The Devil

8. Hunter and His Hounds