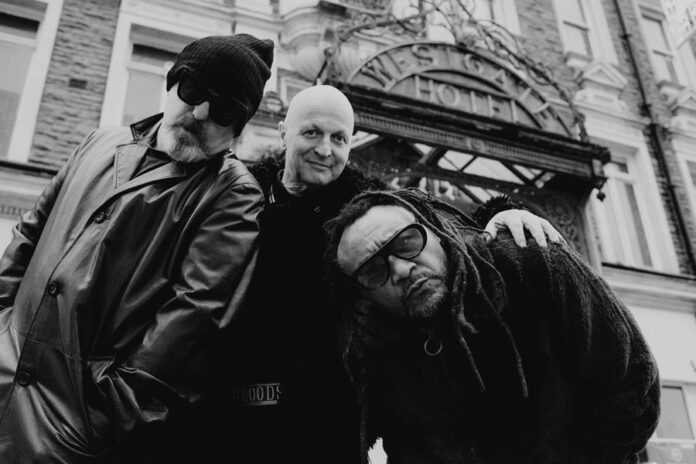 Fusion metal pioneers Dub War have released a new single titled “Art Of War”, the fifth track to be taken from their first album of all-new material in over 25 years, ‘Westgate Under Fire’.

“Art Of War” sees guest musician Spike T Smith (The Damned) take on frenetic drumming duties, and finds frontman Benji Webbe (Skindred) and the rest of the band lean into a more fast-paced punk-rock style, further exemplifying the band’s inimitable ability to traverse genres. The track is also thematically focused around Newport, with lyrics mentioning a local musician, whose artwork also features on the album sleeve.

Speaking on the new single, Webbe says, “Mikee “KRUPA” Gregory was reading the book ‘The Art of War’ at the time that I was working on songs for the album, I thought it was a great title and just wrote a lot of words about Newport & Nazis.

Frankie Lodge (mentioned in the lyrics) was a guy with mental difficulties who once sang opera in the subway in Newport. Frankie’s mural features on the back cover of the album as he’s another piece of Newport history.

Spike T Smith really stepped up and brought the magic on the drums on this track.”

The new track follows the release of Dub War’s prog-infused track “Get Back Up” which featured Faith No More drummer Mike Bordin – who has also played alongside the likes of Ozzy Osbourne, Black Sabbath, and Korn – on intricate yet powerful drumming duties. They also recently shared a hip-hop influenced metal track “Vibes In The Place“, which saw fellow Newport resident and good friend of the band Mikee “KRUPA” Gregory on drums. The band also shared a rousing ragga-punk cover of the Max Romeo and the Upsetters’ classic “War Inna Babylon” earlier this year, which featured guest vocals from the legendary Ranking Roger of The Beat in his last ever recording before his sad passing in 2019.

Alongside the latest single the band have also announced a short run of in-store performances across the UK to celebrate the album. The full dates are below – more info and tickets HERE