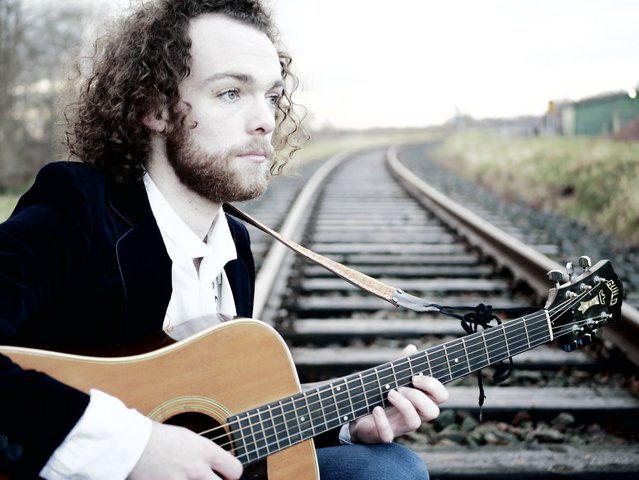 Many young players look to the guitar heroes of the 60s and 70s for inspiration, but very few are able to channel their influences as mesmerisingly as DORIAN SORRIAUX. When the young French guitarist burst onto the scene with rockers BLUES PILLS, he displayed an incredible maturity and expressiveness as a musician that was captured on their 2014 self-titled debut. Comparisons with legendary bluesmen Peter Green and Paul Kossoff weren’t hyperbole; you could hear their quality in Dorian’s playing touch. Now, following the success of BLUES PILLS’ second album ‘Lady In Gold’, DORIAN SORRIAUX is revealing surprising new depths to his talent; now as a singer / songwriter with his debut solo EP ‘Hungry Ghost’, out on June 29th, via Soulseller Records. Recorded in rural Örebro, Sweden and produced by Dorian’s BLUES PILLS bandmate Zach Anderson, the psychedelic folk journey of ‘Hungry Ghost’ ‘s four songs may be a pleasant surprise to any BLUES PILLS listeners used to hearing the guitarist’s expressive leads.

You can hear the first taster from the upcoming EP via the official video of the EP’s title track, ‘Hungry Ghost’, here:

To celebrate the EP release, Dorian will be playing his first UK solo show at the St. Pancras Old Church in London, on June 29th.

Dorian comments: “I couldn’t be happier to play the release show of my EP at the St. Pancras Old Church. I once read that it was acoustically designed for the sound of choirs and the reverb is truly amazing. I sometimes find inspiration and write songs in churches, so it couldn’t be a better fit! See you soon London!”

Tickets go on sale at 10am on Wednesday 2nd of May, while pre-sale tickets are available via O2 and LiveNation.