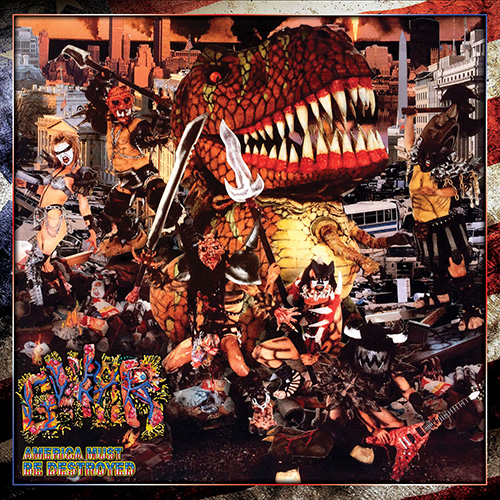 Metal Blade to re-issue GWARs ‘America Must Be Destroyed’

When over-the-top theatrical metallists GWAR first appeared on the scene back in the late ’80s, many critics and detractors figured that the group would be a fast-fading fad. But as the years accumulated, the group’s massive cult following only grew larger with each successive album and their legendary gore-tours!

Even though GWAR has gone thru many musical metamorphosis changes over the years; from punk, to metal, to thrash “America Must Be Destroyed” is definitely their “heaviest” album. The hardest vocals, and the hardest music. For those that enjoyed their previous album, “Scumdogs of the Universe“, or just a person who wants to pick up a GWAR record, this album has your name written all over it incl. hits like “Ham on the Bone“, “Crack in the Egg” or “Gor-Gor“!

The vinyl has been long sold out and sought and is finally available again for a reasonable price. It’s a one-off pressing for Record Story Day 2015, with 300 copies in black and 200 in orange vinyl.