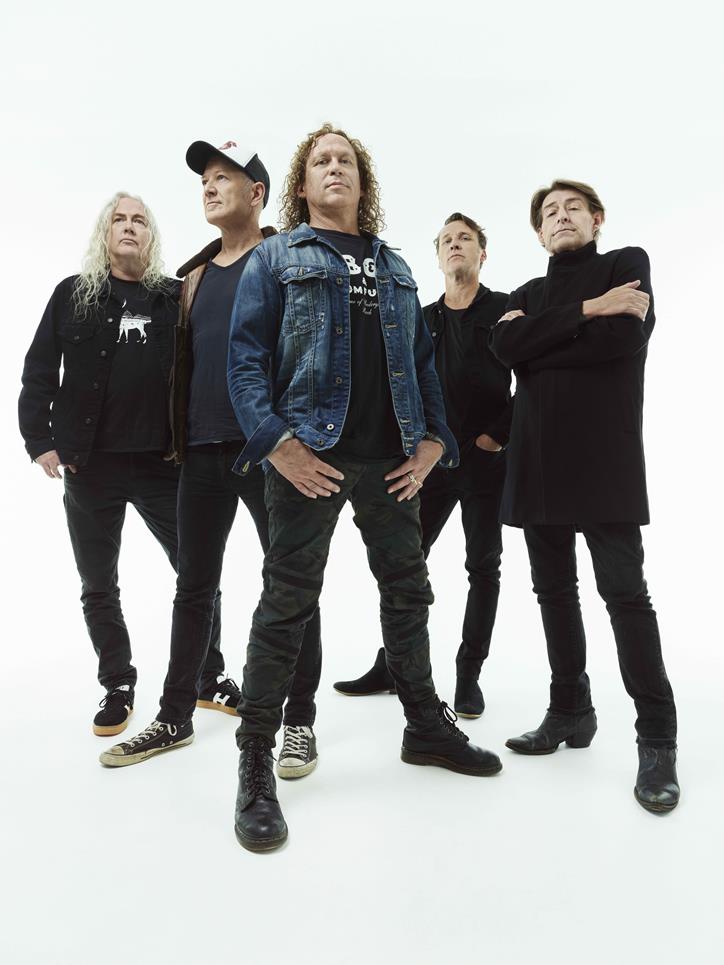 It’s with extreme disappointment that The Screaming Jets have announced a delay in the release of the 30 Year Anniversary Edition of their groundbreaking debut album ALL FOR ONE.

Accompanying this change is the rescheduling of all current tour dates, into 2022, with new dates to be advised in due course.

Both changes are unavoidable given the current status of border restrictions and Covid lockdowns across Australia. All album pre-orders and tickets will remain valid for these new dates.

The band has sent the following message to fans via social media:

Unfortunately, for all the obvious reasons, we are going to have to postpone our 30th Anniversary tour and album release.  We will come back to you with new tour dates as soon as we can – there are a lot of great people working on how we can deliver this tour for you in the best way possible. But we’re not the only band suffering in this instance so please give us a moment to work through it, while we all work together to keep Aussie music live. The covid situation is also impacting on the production of the physical version of the album so we need to move its release date to October 22nd to – so we can deliver it to you direct on vinyl or CD to allow you to play it loud and proud.

If you’re ordered the album and a ticket -don’t worry we’ve got you. The album will be sent out week of release still and your ticket will move to the rescheduled date.

Thanks for supporting us – we would love to show how much we appreciate you – we will soon when we can see you again hot and sweaty in a venue!

In 1990 five blokes from Newcastle called The Screaming Jets took the Aussie music scene by the scruff of the neck and gave a red hot shake.

Before they had even signed their first record deal with rooArt Records, the Screaming Jets had already clocked up more than 200 live shows, won the ‘Triple J Battle Of The Bands’ competition and established themselves as an onstage, no holds barred, powerhouse of Aussie rock n roll.

At the time the hard rock music bible ‘Kerrang’ described front man Dave Gleeson as “a tattooed madman, hell on heels, he leaps around the stage like an epileptic in a minefield: a real horror show cross between Alex from Clockwork Orange and, in part, Mike Patton. Between songs his patter is a hilarious cocktail of equal parts vitriol and obscenity”.

In 1991 they released their debut album ‘All For One’, which peaked at #2 on the ARIA charts. The second single from the album, ‘Better’ was the song that introduced the band to the world, and saw The Screaming Jets embark on their first world tour – to Europe, UK, USA and Canada.

“For a bloke from Cardiff, who’d spent a few years touring round Australia, to find himself on the other side of the world sharing the stage with the likes of Soundgarden, Pearl Jam, INXS, and yes, even a band room with Spinal Tap was something beyond my wildest imagination” says Dave Gleeson.

Flash forward to 2021 and as a 30th year anniversary celebration, and a tip of the hat to where it all began, the current line-up has rerecorded the ‘All For One’ album with a fresh new take. Overseen by original producer, Steve James, the album has been repackaged with new artwork with a clear reference to the original.

Dave Gleeson says of the recording process: “The plan was always to re-record the album for this milestone. We just didn’t realise we’d be recording under these circumstances. One of the things that we’ve always loved about the recording studio is that it’s a bunch of blokes, locked away in our own world creating and mucking on.  Obviously that option wasn’t open to us due to Covid, so we had to do it like the kids do. Our producer Steve James pulled it all together and because we weren’t messing around with arrangements it all went down very quickly and painlessly.”

The relentless touring that followed the initial album release saw The Jets tour with iconic bands like The Angels, The Choirboys and Divinyls as well as headlining their own tours, and building a die-hard live fan base across Australia and the world. Fast forward 30 years and The Jets are ready to celebrate the anniversary of the album that started it all with a national tour. The band will perform ‘All For One’ in its entirety from start to finish for the very first time.

“It’s nice to revisit some of those songs. A bunch of them we still play live to this day, but during the re-recording of some of the songs we haven’t done for a while…wow, the memories just come flooding back and hopefully it’ll be the same for our loyal fans. This tour may even bring people out who haven’t seen us for a while. Maybe there will be people there to judge whether we are the same as 30 years ago. Maybe they’ll think we are better. We haven’t toured together for 18 months – so it’ll be like a rebirth…which could get messy!” ” says Dave Gleeson

‘ALL FOR ONE’ TRACKLISTING
C’Mon
No Point
Better
Needle
Shine On
Starting Out
Stop The World
Blue Sashes
Sister Tease
F.R.C.
Got It
The Only One