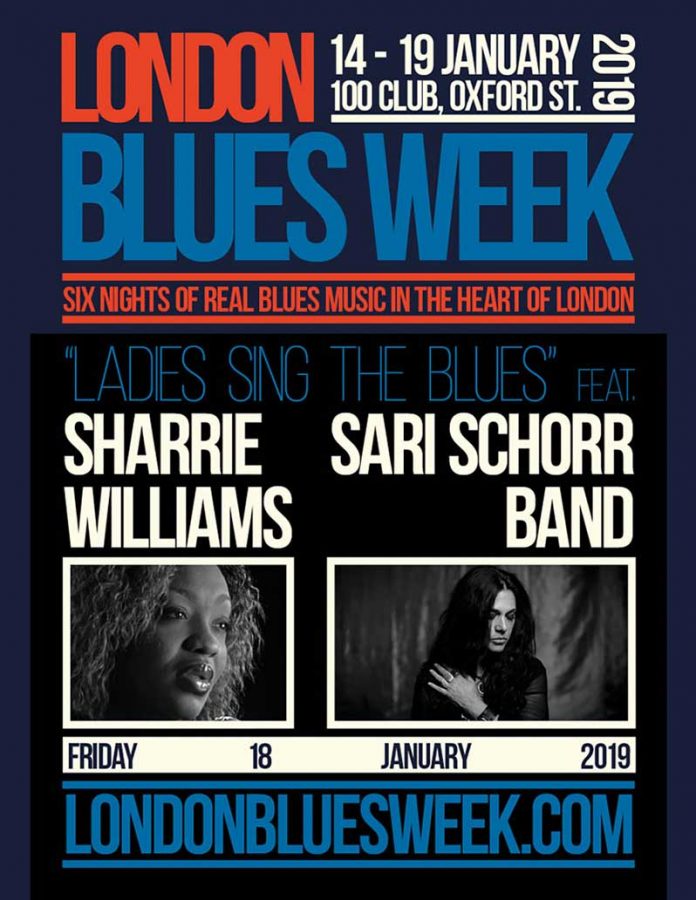 Following the release of her latest album Never Say Never, New York born Sari Schorr is thrilled to announce that she will be playing London’s 100 Club as part of its London Blues Week on Friday 18th January with Sharrie Williams – The Princess of Rockin’ Gospel Blues.

Sari will be closing the co-headline show at the Central London club.

Sari Schorr has a voice like no other, hyper powerful, husky, muscular, with an incredible texture and range. She delivers sentences as a boxer would throw an uppercut to his opponent.

In 2016, Sari first burst onto the Blues-Rock scene with her critically acclaimed debut album, A Force of Nature, produced by iconic British Blues pioneer Mike Vernon (David Bowie, Eric Clapton, John Mayall, Fleetwood Mac, Peter Green). Now, two years later, Sari is breaking new ground with her sophomore album, Never Say Never. Sari insisted that the album be recorded live to capture the raw energy of her music. She has ventured deeper into her personal life. In the process, Sari has revealed herself with a vulnerability and honesty that she admits was as painful as it was healing. Her songs are highly crafted with vibrant lyrics that highlight just how good Sari is at invoking passion, grit, and empathy.

Sari’s success comes after years trudging the rugged road of life of the hard-working Blues woman. From her humble beginnings, working the music scene in the legendary fierce South Bronx of New York and on Manhattan’s Lower East Side, to a performance at Carnegie Hall, the operatically trained tornado stood her ground as a phenomenal Blues-Rock singer who would not be denied.

Sari’s home is her suitcase and her path has always taken her on the road less traveled. Her life is a story of never giving up, being true to yourself and pursuing your passions against all odds. It’s a story that is incredibly inspirational and a reminder why we should Never Say Never!