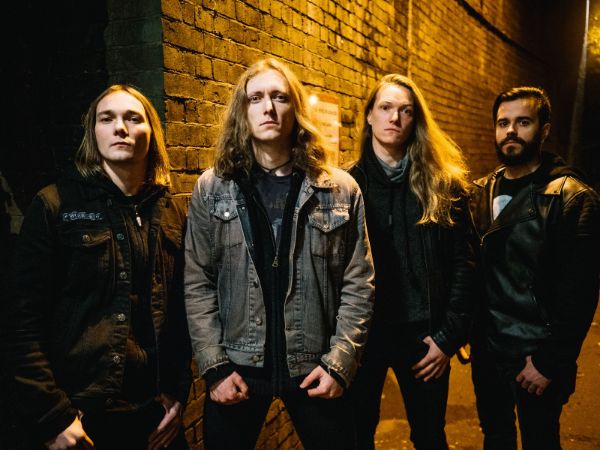 Savage Messiah have announced their new album, Demons, out May 17th via Century Media as well as sharing their new single, ‘Under No Illusions‘, the first to be taken from the album. To celebrate the release, the band will also be playing three headline shows in Manchester, London and Glasgow in May. Pre-order the album here.

Silver adds, “This is the first time we’ve ever attempted to play some kind of special album launch shows, and we’re going to pull out all of the stops to make these really memorable events for our fans in the U.K.”

The track is an explosive blend of frenzied riffs with anthemic choruses melded together to form an intense, melodic metal rocket. The video sees footage of the band performing from a string of mainstream festivals last year including the mainstage at Hellfest, Graspop and Download festival.

Demons is Savage Messiah’s fifth studio album and sees the band deliver a fresh new sound that will infect ears and conquer minds. Singer and guitarist Dave Silver describes a band reborn on the new record. “I looked at what we’ve done in the past and knew we could be taking this band way further.”

“The word ‘Demons’ encapsulate the story of the band,” Silver continues. “It’s about rising to the inevitable challenges that everyone faces in pursuit of any higher end goal. The album deals with attempting to conquer both the internal and external demons that perpetually arise and permanently threaten to derail and discourage.”

The group pursued a change of dynamic on the new record by enlisting producer David Castillo. Renowned for his work with metal stalwarts including Opeth, Dimmu Borgir and Soilwork, David produced their recording sessions at Jens Bogrens’ Fascination Street Studios in Sweden. The outcome is a an incredibly varied body of work and a huge step up from previous releases.

Joined by Carcass drummer Dan Wilding and touring drummer Ali Richardson for the Sweden sessions, the band took a spontaneous approach to developing the 11 new tracks that comprise the record.

One of Demons’ biggest surprises is undoubtedly its cover of hit single Parachute by American country/folk Grammy winner Chris Stapleton – cleverly rewired into a hard rock format by trading the banjos and acoustics for loud and proud electricity. Of the cover version, Silver comments, “I noticed the arrangement almost felt like a heavy metal song, so wanted to see what we could do with it.”

With millions of YouTube and Spotify streams and a social media reach extending beyond even some of the metal heroes that influenced them, the band’s focus is to now be heard anywhere and everywhere.

When Dave describes connecting with the streaming audience as “where the roller coaster ride starts in terms of being heard”, it’s because he’s had more insight than most on how technology can shape culture have worked in various roles across the music industry over the last decade.

Having seen changes from the inside as much as the outside, Dave’s experiences have provided enough perspective to help him stay grounded about his band’s accomplishments and aspirations without diminishing his fervent drive to succeed.

The band will also embark on an extensive 23 date European tour supporting Symphony X, which includes a date at London’s Electric Ballroom in June. Tickets are available here.

2019 will see them bring their songs to life on stages around the world with many more dates globally to be announced.