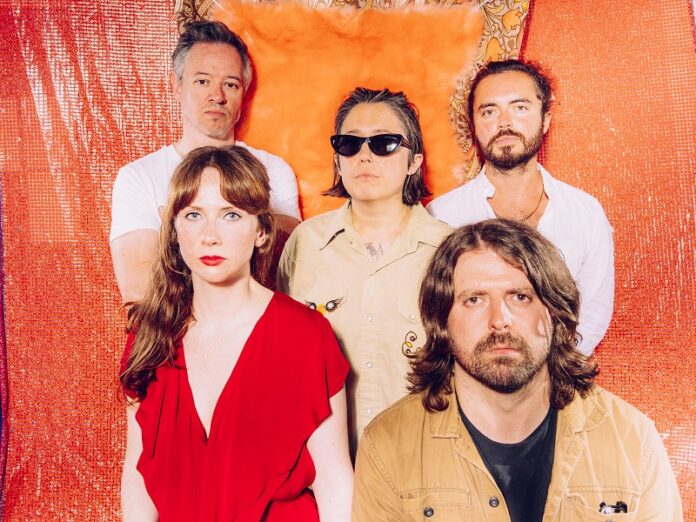 In celebration of the news, the quintet have streamed their double single ‘Karin Was Not A Rebel / Fresh Young Overlook’, tracks six and four from the album.

‘Karin Was Not A Rebel’ celebrates the underrated and overlooked artist and designer Karin Bergöö Larsson, one of the foundational modern interior designers. Highlighting the beauty that Karin brought to the world, the triumphant new single presents a key theme in Making Circles of Our Own – a celebration of people proud to be themselves, resisting the constraints of others, and who left behind a legacy of creation, exemplars of hope.

In contrast, the more melancholic ‘Fresh Young Overlook’ is a love/hate letter to the music industry. Being a working musician is all-consuming, and every aspect of life is infiltrated: and for New Pagans, the only acceptable response is to seek the joy in life as far as possible.

The new songs follow the first single from the album, the stunningly uplifting ‘Better People’. Watch the video here: https://youtu.be/7Nw3HymioVw

New Pagans‘ critically acclaimed debut album, The Seed The Vessel The Roots and All was a self-reflective and self-critical release. Instead, Making Circles of Our Own is more poised, curious and outward-looking, but not without its own moments of angry power. Focusing on the societal limits placed on age and gender, the album is a strong statement of intent from the group.

Recalling elements of Pixies, The Xcerts and MuncieGirls, Making Circles of Our Own was recorded in the Glens of Antrim in Ireland by the band, and self-produced. Following their European tour with Skunk Anansie earlier this year, NewPagans then toured with English folk-punk heroes Frank Turner and the Sleeping Souls on four dates across Germany.

2023 follows a stellar two years for New Pagans, following their globally-critically acclaimed debut The Seed, The Vessel, The Roots and All (March 2021, Big Scary Monsters). Strong support from Stereogum, Kerrang!, The Independent, NPR and more helped mark the Irish group as a band to sit up and notice.