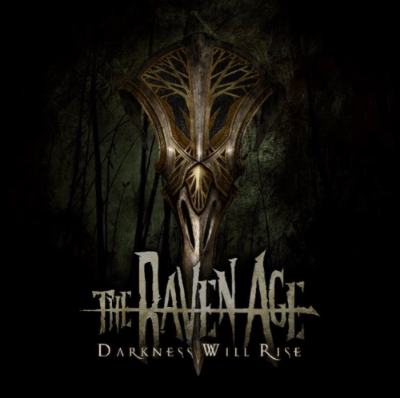 The Raven Age announced their debut studio album Darkness Will Rise live on stage in Luxembourg last night on ‘The Book Of Souls’ World Tour with Iron Maiden. They have released a video of the unveiling, which included a live performance of ‘Angel In Disgrace’.

Darkness Will Rise will be released in December 2016 and can be pre-ordered with an exclusive free track ‘Trapped Within The Shadows’ (http://theravenage.org/).

Having hit 36 countries over the past 6 months, The Raven Age will play the final show of their tour at Wacken Open Air festival on 4th August.

More details and a specific release date will follow shortly.

The band comments:
“Everything we have done in the last 3 years has built up to this announcement… We’re incredibly proud and we’ve been overwhelmed by the reactions we’ve received on this tour and can’t wait to deliver this album to our fans around the world.” George Harris, The Raven Age.

Darkness Will Rise Track Listing
1. Darkness Will Rise
2. Promised Land
3. Age Of The Raven
4. The Death March
5. Salem’s Fate
6. The Merciful One
7. Eye Among The Blind
8. Winds Of Change
9. Trapped Within The Shadows
10. My Revenge
11. The Dying Embers Of Life
12. Angel In Disgrace
13. Behind The Mask