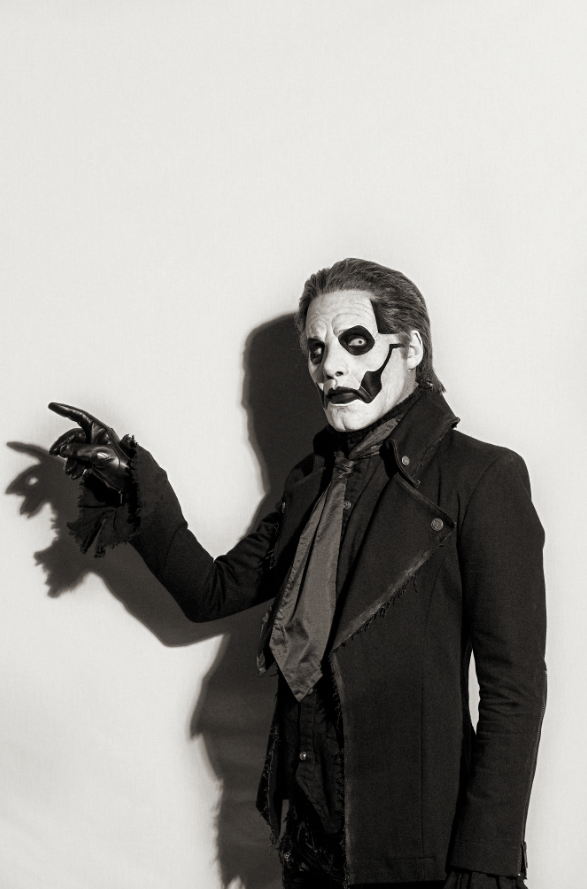 With its messianic promises of reigns of pennies and piles of moolah set to an appropriately manic musical backdrop, the unrelenting and propulsive “Twenties” stands in stark contrast to its Pre-IMPERA predecessor, the eerily hypnotic “Call Me Little Sunshine.”  In fact, the apocalyptically prophetic vibe of “Twenties” – particularly its lyrical relevance to to historical events unfolding on the world stage (however incidental) – render the song utterly unique in the Ghost canon.

The release of “Twenties” is accompanied by an Apple Music New Music Daily exclusive interview with Ghost‘s Tobias Forge, welcoming Apple’s Zane Lowe into the world of IMPERA. For more information, go to: https://found.ee/Ghost_ZaneLowe

Produced by Klas Åhlund and mixed by Andy Wallace — and also featuring the Active Rock #1 radio single “Hunter’s Moon” — IMPERA finds Ghost transported literally centuries forward from the Black Plague era of its previous album, 2018 Best Rock Album GRAMMY nominee Prequelle. The result is the most ambitious and lyrically incisive entry in the Ghost canon: Over the course of IMPERA’s 12-song cycle, empires rise and fall, would-be messiahs ply their hype (financial and spiritual alike), prophecies are foretold as the skies fill with celestial bodies divine and man-made… All in all, the most current and topical Ghost subject matter to date is set against a hypnotic and darkly colorful melodic backdrop making IMPERA a listen like no other — yet unmistakably, quintessentially Ghost.

Ghost will arrive in the UK & Europe this April & May, compelled to take their dark extravaganza to arenas everywhere.

Branded the ‘IMPERATOUR,’ support across all UK & European shows will be provided by Uncle Acid & The Dead Beats and Twin Temple.