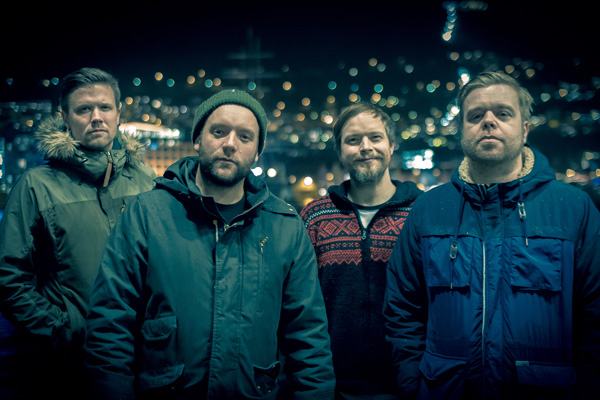 Intense new one out now
The hard rockers of Ribozyme has now released an intense, 47-minute long red-hot piece of contemporary hard rock fresh of the anvil named “Grinding Tune”. While still unmistakably Ribozyme, this album goes even further in exploring the harmonic hive mind of Kjartan Ericsson and Bård Bøge whilst providing unfettered rhythmic work from Cato Olaisen. The vocal work is strongly emphasized and adds new depths and subtleties to their trademark sound, occasionally described as a hybrid of Tool, Nine Inch Nails, Oceansize and Alice in Chains.
The album has already received good reviews with an 8/10 in metal.de and is being hailed as the album of the month by Hard Force Mag.
The gang will embark on a Norway tour in promotion of the new album.
Tour dates:
May 22 – Kvarteret, Bergen
May 23 – Revolver, Oslo
May 29 – Felix, Lillehammer
May 30 – Fru Lundgreen,Trondheim

Click HERE to buy the album or HERE for streaming links and additional info.