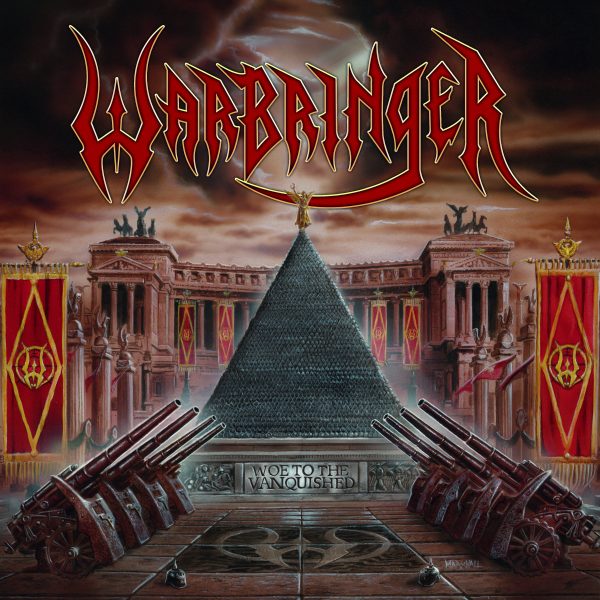 The fact that Metallica charged up to £100 for tickets for their upcoming tour sent numpties on social media with nothing better to do into overdrive last week.

Loads of people up and down the land “took to” Facebook (I believe that’s the phrase) to explain to people with the type of bluster that only social media can manage, that they wouldn’t be going as Metallica were past it (and worse). The rest of us bought tickets, cos, you know, between £50 and £100 is what it costs to see one of the world’s best bands in arenas in 2017.

The tickets sold out in about 20 minutes.

This might only prove that the views of idiots don’t represent the rest of us, but it might just prove something else. That thrash metal is still, after all these years a huge draw.

Certainly, there’s been life in the old dog recently. Canada’s Havok have just released a cracker, and now Warbringer (who will be touring with them imminently) have entered the fray with their fifth – and comfortably best – album.

What “Woe To The Vanquished” does so well is continue the progression that was evident on their previous effort “Empires Collapse” but without losing any of the power and downright nastiness that thrash metal needs.

A band that has always adopted something of a revolving door approach to members freshened things up again in 2016,  and the new line-up is in fine form on the eight tracks here.

“Silhouettes” opens up with some machine gun riffery and a threat of violence and apocalypse in the air as singer John Keevil – the only original member left – spits his vocals with a real intent.

The intro to “Woe To The Vanquished” has one thing on its mind and that’s moshpit brutality, it’s lyrics are violently brutal, too and it really is a perfect modern thrash song. It knows the past as well as anyone listening to it does, but it looks to forge its own future.

“Remain Violent” is the best song Exodus haven’t written yet – and it possesses a genuinely catchy chorus, “Shellfire” meanwhile, concerns itself with the atrocities of war, but does so in a way that suggests it wants to inflict harm itself.

There is scarcely a wasted second here. “Descending Blade” offers something a little different while still being monstrously heavy, while “Spectral Asylum” with its haunting intro and slower, more haunting, feel is a real departure and if “Divinity Of Flesh” is ostensibly a heady thrash brew, it brings with it clever lyrics, which look beyond the stars to find something out there.

“Woe To The Vanquished” ends with not just the most ambitious song here, but the most ambitious – and yes mature – cut of Warbringer’s career to date. “When The Guns Fell Silent” is an 11 minute long masterpiece, of almost prog intent and it shows this is a band who are truly finding their feet.

From Ventura in California, a small town famed for its beaches, anyone looking for the archetypal West Coast sound of psychedelia and The Byrds can look somewhere else. Anyone looking for the best thrash record of 2017, however, might just have found it. Other opinions are available, but are usually wrong.