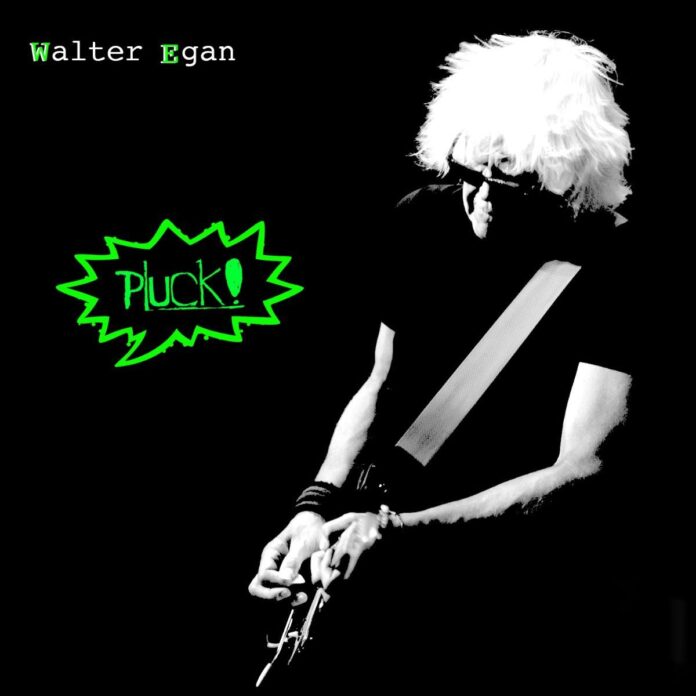 I’ve never met Walter Egan. Indeed, as I wrote on the review for his “Fascination” record last year, that I wasn’t aware of him really, but I am going to have a stab at some amateur psychology. Walter, I am guessing, isn’t a man to let things go.

Walter, I am guessing is quite the opposite. He’s the type of chap, that lays there at 2.47am thinking of how he could have done things differently years ago and how if he had, everything would be better.

You might say it takes one to know one, but I can recognise an overthinker when I am listening to one. But like Therapy? said once, happy people have no stories, and there’s plenty of stories across this almost hour long journey.

It begins in the summer, yet even here it describes the sun as “a carousel sent to us from hell”. The Beach Boys this is not, these are “Hard Summer Days” and the guitar work is deliberate and mournful.

Ignoring the words for a while, this is very much a guitar album. “Them That Do” is a brilliant rock n roller with the handbrake off. The self-loathing words are apparent, but my goodness this is a mighty track. Full of energy and attitude.

He’s worked with and written for some of the finest and biggest names in rock and there’s an evident class in his work. “Fallen For You” could be an outtake from Springsteen’s “Tunnel Of Love” record, and is written about a “muse”. This is apt considering the next two are basically the “Stevie Nicks” section of the record. Egan and Nicks have a history and he covers “Dreams” as a tribute. Look, you can’t improve on perfection, but at least Egan does it in his own way. However, “Woman Deluxe” (written about Nicks over 40 years ago and only seeing the light of day now) is better. Timeless sounding pop, a bit like Elvis Costello and some swirling organ.

There is some real ambition here too. “Delores” is full of regret and is his tribute to Delores O’Riordan, while “Live In Peace” comes with an 80s vibe. It might have been written then (as many of these were dusted off from the annals) but it sounds fresh and fun.

“Fun” isn’t a word that you’d immediately associate with this album, however there’s a sleazy groove to “Hurts No More” and Egan’s rather odd voice is perfect for the quirkiness. And, as if to prove you never quite know what’s coming next, there’s a mystical quality to “December Daze”, as if its merely floating in and out and giving a ghost like presence.

There’s little doubt in my mind, though, about the best thing here. “Glad To Be Alive” begins thus: “on the day Robin Williams killed himself, I spent the day doing something else” and juxtaposes is own anxiety (“wanting to die was just hyperbole”) with that of others. It is (as happened on the last album too) an example of the fact that when Egan gets it right, he’s as interesting as anything out there.

Take “Little One” for example. Dry as the desert dust, there’s a Calexico thing going on, it’s haunting. Lurking, ready to reveal itself. Indeed, this isn’t the most immediate record you’ve ever heard. It’ll need you to invest in it before “Entwined” and the likes fully immerse, similarly the poetry to the words in “Honey On The Ground”, sounds warm until you realise the bleakness it contains.

However, fittingly for what is an album that as much as anything celebrates the guitar, it ends with the title track, an instrumental of real skill. If it sounds cathartic, then its in keeping with the rest.

“Pluck” might best be seen as Walter Egan clearing the decks of some ideas he has had around for a while, but whilst that may give some solace, then there’s bound to be more along to replace them soon. That’s the way some of us are made. Walter Egan knows that as well as anyone.